As mentioned in the previous article,  Jesus Christ himself  referred to Queen Jezebel (metaphorically speaking) to point out false religion and spiritual seduction which would be taking place in the Church prior to His return.

Revelation 2:19-24—And unto the angel of the church in Thyatira write; These things saith the Son of God, who hath his eyes like unto a flame of fire, and his feet are like fine brass; 19 I know thy works, and charity, and service, and faith, and thy patience, and thy works; and the last to be more than the first. 20 Notwithstanding I have a few things against thee, because thou sufferest that woman Jezebel, which calleth herself a prophetess, to teach and to seduce my servants to commit fornication, and to eat things sacrificed unto idols.

When churches lack qualified leadership and a lack of discipleship, there is always a very strong probability that they can become vulnerable to the lies of the false teachers and false prophets of the developed world.

1 Timothy 4:1—Now the Spirit speaketh expressly that in the latter times some shall depart from the faith giving heed to seducing spirits and doctrines of devils.

False religion and spiritual seduction not only leads to scriptural error and idolatry, but it can also cause one to be lead astray, to be lead into error, to be deceived and ultimately to fall away from truth. The teaching of God’s Word is not something that should ever be taken lightly:

James 3:1—My brethren, be not many masters, knowing that we shall receive the greater condemnation.

James 3:1–Dear brothers and sisters,[a] not many of you should become teachers in the church, for we who teach will be judged more strictly. 2 Indeed, we all make many mistakes. For if we could control our tongues, we would be perfect and could also control ourselves in every other way.

Although the context of the chapter focuses on the power of the tongue and how we should be careful with our words James clearly emphasize the seriousness of being a teacher of God’s Word.

Getting back to Elijah, whose name “Eliyahu,” in the original language meant “My God, He is Yahweh,” his very name became a polemic against false teaching and idolatry, specifically towards Ba’al worship which become the norm under reign of King Ahab and the pagan influence and spiritual seduction of Queen Jezebel. Jezebel, a daughter of the king of Zidon, led the people away from the Lord to worship Baal the sun-god, and the goddess Ashtoreth, whom the Zidonians worshipped.

This was the state of Israel when the Lord sent the prophet Elijah to warn the people and call them back to Him. He spoke as boldly as John the Baptist did years afterward. And like John the Baptist, his hair was long and he wore a leather girdle. Elijah is called the Tishbite. It is not sure where the town was in which he was born, but he was living in Gilead beyond Jordan. 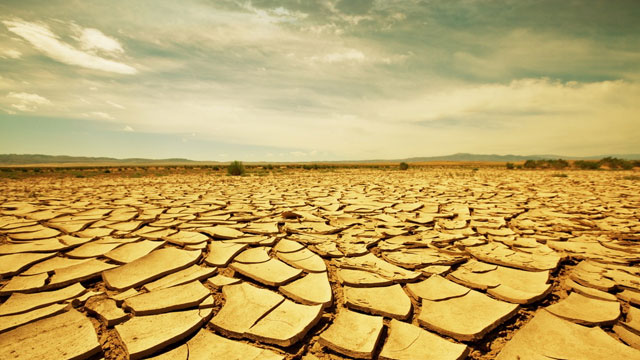 The Lord sent the prophet to tell Ahab that there would be a drought and famine because the people were disobedient and no longer following God. And the famine came, and lasted three years and six months. In the meantime Elijah was cared for by the Lord. He was hidden from Ahab and Jezebel, who would have killed him, and was fed.

James 5:17-18—Elias was a man subject to like passions as we are, and he prayed earnestly that it might not rain: and it rained not on the earth by the space of three years and six months. 18 And he prayed again, and the heaven gave rain, and the earth brought forth her fruit.

Notice how Elijah’s ministry was compared to John the Baptist, who was a voice crying in the wilderness. John the Baptist’s ministry was outside the conventional population areas. He was in the wilderness. Since the time of his birth,the Bible tells us tells us that he spent his entire life in the wilderness. . He wore camel’s hair and he ate locusts and wild honey. He was obviously a man apart from the establishment. He lived clearly outside the influences, the attitudes and the life style of his culture. By God’s design he was uninfluenced by his society, as was Enoch and was Elijah.

John the Baptist didn’t care about cultural relevance, he didn’t have any social savvy. He didn’t know his culture by personal experience or study. But he knew his God and he knew the message of his God.

I want to make a very important point here: The true prophet of God has never been called to find the common ground with his culture. The true prophet of God has always been called to bring the pure uninfluenced Word of God to confront that culture, preaching repentance for the forgiveness of sin. John’s responsibility also was to prepare the people for the coming of the Lord. That’s what John the Baptist did and that’s what Elijah did and that’s what the true Church will do prior to the Rapture.

I want to close with yet another interesting similarity between the times we are living in and the times of the ministries of both John the Baptist and Elijah: Notice there was a famine in the land.

Not only was there a famine in the land bot spiritually speaking there was a famine of hearing and understanding God’s Word in the land:

Amos 8:11-12—Behold, the days come, saith the Lord God, that I will send a famine in the land, not a famine of bread, nor a thirst for water, but of hearing the words of the Lord: 12 And they shall wander from sea to sea, and from the north even to the east, they shall run to and fro to seek the word of the Lord, and shall not find it.

In this regard, it can be said then that John the baptist broke the first famine in the hearing of God’s Word in preparation of the First Coming of Christ and ultimately Elijah the Prophet, who many Bible scholars believe will be one of the two witnesses God raises during the Tribulation period will be instrumental in dealing with yet another famine in the hearing of God’s Word prior to the return of the Messiah. Even these two witnesses will ultimately be “raptured,”:

Revelation 12:1-12—-And there was given me a reed like unto a rod: and the angel stood, saying, Rise, and measure the temple of God, and the altar, and them that worship therein. 2 But the court which is without the temple leave out, and measure it not; for it is given unto the Gentiles: and the holy city shall they tread under foot forty and two months. 3 And I will give power unto my two witnesses, and they shall prophesy a thousand two hundred and threescore days, clothed in sackcloth. 4 These are the two olive trees, and the two candlesticks standing before the God of the earth. 5 And if any man will hurt them, fire proceedeth out of their mouth, and devoureth their enemies: and if any man will hurt them, he must in this manner be killed. 6 These have power to shut heaven, that it rain not in the days of their prophecy: and have power over waters to turn them to blood, and to smite the earth with all plagues, as often as they will. 7 And when they shall have finished their testimony, the beast that ascendeth out of the bottomless pit shall make war against them, and shall overcome them, and kill them. 8 And their dead bodies shall lie in the street of the great city, which spiritually is called Sodom and Egypt, where also our Lord was crucified. 9 And they of the people and kindreds and tongues and nations shall see their dead bodies three days and an half, and shall not suffer their dead bodies to be put in graves. 10 And they that dwell upon the earth shall rejoice over them, and make merry, and shall send gifts one to another; because these two prophets tormented them that dwelt on the earth. 11 And after three days and an half the spirit of life from God entered into them, and they stood upon their feet; and great fear fell upon them which saw them. 12 And they heard a great voice from heaven saying unto them, Come up hither. And they ascended up to heaven in a cloud; and their enemies beheld them.

Keep in mind that before the two witnesses are revealed on the earth the Church must be raptured. In anticipation of these two events perhaps we are living in the last days whereas the true Body of Christ is being raised to bring the pure uninfluenced Word of God to confront the current culture, to preach repentance for the forgiveness of sin and to prepare the people for the coming of the Lord.