Ezekiel 38:5-6—5 Persia, Ethiopia, and Libya with them; all of them with shield and helmet: 6 Gomer, and all his bands; the house of Togarmah of the north quarters, and all his bands: and many people with thee.

Here we find that there are 5 nations listed. First let’s look at Persia. It is interesting that when you confront most Iranians who come to the west and want to assimilate and live their lives here, they all refer to themselves as Persians. They want Americans to know that they are not a part of the Islamic militants, or a part of the Shiite fundamental Islamic Movement. Persia is Iran. Persia is mentioned 29 times in the Bible. Most of these references can be found in Esther, Ezra and Daniel.

Persia has been a major political power in the past. It is now becoming a major player in these times. If you talk to the Israeli military officials, they are not as concerned about Egypt or Saudi Arabia or Syria, as they are concerned about Iran. The United Nations has now accepted the fact that Iran is pushing to develop nuclear weapons. Although they are prominently Moslems, Iranians are NOT Arabs. They are Persians.

The actual name of Iran is Persia. When did it change to Iran? It changed to Iran in the 1930’s. Iran comes from the word Aryan. Aryans were Indo-Europeans who invaded northern India in the 2nd Millennium B.C., displacing the Dravidians and other aboriginal peoples.

They are not Semitic peoples like Jews and Arabs. They are a Germanic people. Persians are of the same anthropological origin as Germans and Austrians. They settled in the near east and their influence from Northern India by the Indus River to the Fertile Crescent.

Scripturally speaking, we must be cognizant of the fact that there are 3 things that can push back principalities over nations:

Thus, Iran will somehow become a threat to the very existence of Israel prior to the return of the LORD. The stage is being set for this. Even France who for the most part seemed to drag their feet in international affairs is now more     prominently involved. (Interesting to note the recent shootings that took place in France.)

This is and always has been a spiritual battle. Satan is trying to destroy Israel and prevent the return of Jesus Christ and Satan is now using Iran to destroy. Now if you look at what is taking place in the Ukraine and notice this involves Russia, the stage is being set for the prophetic fulfillment of Ezekiel 38-39! 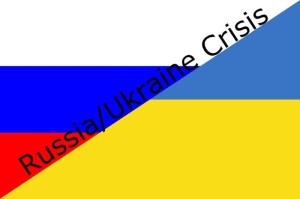 Iran may very possibly be the head of the Pan-Islamic empire that is forming. Russia is a co-signer to that as well as nine of the 15 former Soviet republics and most of their populations are Islamic. It is interesting that as this Islamic alliance is forming, Persia is mentioned first in this verse.

Secondly, we have Ethiopia which appears 20 times in the Bible. It first appears in Genesis 2:13, where the river Gihon (the Nile River) goes over the land of Ethopia. In Hebrew it is the word “Cush.” Cush was the son of Ham. 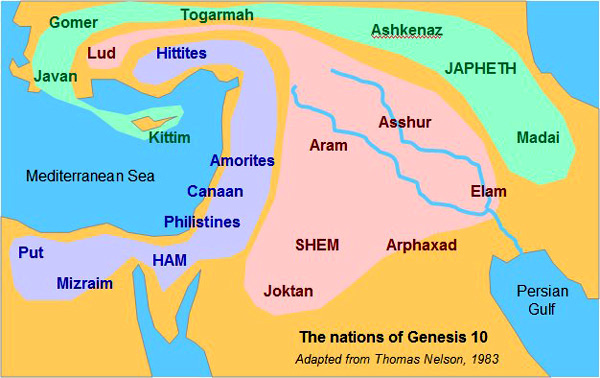 Cush had a son named Nimrod whose kingdom began as Babel or Babylon in the land of Shinar. And out of that land went forth Assher (Assyria) and built Nineveh and many other cities. Ezekiel 38 puts Ethiopia with Libya, Lydia & Egypt, Ethiopia being the main player.

Most Bible scholars and experts in geography hasten to add that the ancient Ethiopian Empire covers a lot of land which is south of Egypt today. As a matter of fact, its primary territory is not the little country of Ethiopia that we see on our maps today. The primary territory is actually the country we know today as Sudan, that has slaughtered over 2 million Christians over the past few years.

The third country is Libya, which is mentioned 3 times in the Bible. Some translations refer to it as “Put.” It is the modern country of Libya where which was part of the “Arab Spring,” which occurred last year. Notice the very nations that are mentioned here have recently experienced all kinds of economic/governmental upheaval in the last two years alone!

It is also  interesting to note that these three countries opposed all peace negotiations as it relates to the current Middle East Peace Process.

We have 2 more nations. One is Gomer. Some people because they see the “G” immediately think its Germany. However in the Babylonian Talmud, Gomer refers to the Cimmerians and is rendered “Germania.” It is mentioned 6 times. He too is the son of Japheth according to Genesis 10:2.

Genesis 10:2–The sons of Japheth; Gomer, and Magog, and Madai, and Javan, and Tubal, and Meshech, and Tiras.

We do not know much about him although Israelis refer to him is being north, quite possibly from Europe.

Then we have Togarmah, who is the son of Gomer. Togarmah is used four times

Ezekiel 27:14–They of the house of Togarmah traded in thy fairs with horses and horsemen and mules.

This refers to them as those who traded in thy fairs with horses and horsemen and mules. Many Bible scholars relate them to both Turkey and portions of Georgia, the areas between the Black Sea, the Caspian Sea.

One obvious conclusion that can be made when one studies this from both a Jewish perspective and from Gentile Christian preachers is that:

It is coming from the North & it apparently represents what today we know as countries that are aligned together by Islam. Israel considers radical Islam, which calls for the utter destruction of Israel as the greatest of all of its enemies. Currently Islam is the 2nd fastest growing religion in the world and 1 out of every 5 people in the world is muslim. I want to emphasize it is the radical or fundamental doctrine of Islam which is against Israel. I say this with sincere respect for many people I have known and love dearly who are muslim and do not follow that brand of Islam. In the next post we will examine the reasons why this invasion will take place……..(To be continued)