Does The Building of the Third Temple Seem To Be Drawing Closer???

This Passover, on the same day that the Omer offering was performed in Temple times (Nissan 15 on the Jewish calendar), the Temple Institute re-enacted the Omer offering in preparation for the Third Temple in Israel.

The Omer is a Biblical unit of measure involving the offering of barley at the Temple. 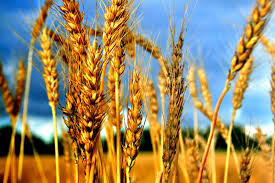 A measure of barley was offered in the Temple each day between Nissan 15 and Shavuot (Pentecost). This is the holiday that commemorates the giving of the Torah on Mount Sinai, culminating with a measure of wheat being offered on the fiftieth day.

The audible counting of each of the 49 days between Passover and Shavuot is commanded in the Torah. It represents a spiritual preparation in anticipation of the remembrance of God’s gift of the Torah.

The re-enactment was held as a part of Temple Institute activities that prepare for the renewal of formal services in the Third Temple.

Revelation 11:1-2—And there was given me a reed like unto a rod: and the angel stood, saying, Rise, and measure the temple of God, and the altar, and them that worship therein. 2 But the court which is without the temple leave out, and measure it not; for it is given unto the Gentiles: and the holy city shall they tread under foot forty and two months.

The offering of the Omer is not the only service connected to the rebuilding of the Temple for which careful planning is underway for quite some time. There has also been an aggressive an search for the Biblically required Parah Adumah otherwise known as the Red Heifer. It is important to note that a Red Heifer must be found before a rebuilt Temple goes into active use.

The Red Heifer is of importance to the Temple rites in that its ashes are used to purify the Temple vessels, priestly garments, and even the priests and Temple themselves so that services may be performed.

Numbers 19:1-7—And the Lord spake unto Moses and unto Aaron, saying, 2 This is the ordinance of the law which the Lord hath commanded, saying, Speak unto the children of Israel, that they bring thee a red heifer without spot, wherein is no blemish, and upon which never came yoke: 3 And ye shall give her unto Eleazar the priest, that he may bring her forth without the camp, and one shall slay her before his face: 4 And Eleazar the priest shall take of her blood with his finger, and sprinkle of her blood directly before the tabernacle of the congregation seven times: 5 And one shall burn the heifer in his sight; her skin, and her flesh, and her blood, with her dung, shall he burn: 6 And the priest shall take cedar wood, and hyssop, and scarlet, and cast it into the midst of the burning of the heifer. 7 Then the priest shall wash his clothes, and he shall bathe his flesh in water, and afterward he shall come into the camp, and the priest shall be unclean until the even.

Not too long ago, a potential candidate was recently disregarded when white hairs appeared on its coat. However………..another may have been discovered on a small farm outside of Lakewood, New Jersey. 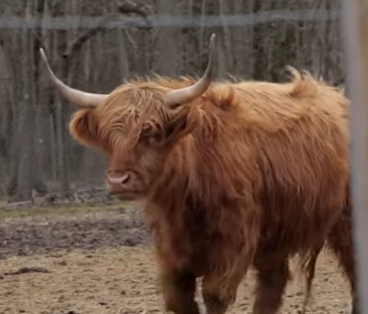 This entirely red, two-year-old heifer with no two hairs of another color is  a very rare phenomenon.

Many breeders have tried unsuccessfully to genetically manipulate such results. However, this red heifer has brownish red eyes and horns WITHOUT ANY GENETIC MANIPULATION!!!

Since the animal has already turned two, it can now be inspected by Israeli rabbis for any blemishes and that would disqualify it. The animal would be eligible for sacrificial service if it is confirmed that it meets all the requirements.

According to its owner, Herbert Celler, the cow was born during Passover in 2013 and he has been worked hard to keep the heifer safe from performing any duties that might disqualify her.

Many consider the appearance of the red heifer will be a sign that the Messiah is about to return. Celler said its message is for Jew and Gentile to “get ready.”

Before Messiah returns, however, the Third Temple will be rebuilt.

According to Rabbi Chaim Richman, the Temple Institute’s international director, that Third Temple will be built when the world will want us to build the Temple.

However, a statement made by the Temple Institute during its Third Temple blueprint fundraising campaign in 2014 said there is a duty to build it as well:

“It is not enough to wait and pray for the Third Temple. It is a Biblical obligation to build it.”

Luke 21:28—And when these things begin to come to pass, then look up, and lift up your heads; for your redemption draweth nigh.