Isaiah 21:1-2—The burden of the desert of the sea. As whirlwinds in the south pass through; so it cometh from the desert, from a terrible land. A grievous vision is declared unto me; the treacherous dealer dealeth treacherously, and the spoiler spoileth. Go up, O Elam: besiege, O Media; all the sighing thereof have I made to cease.

Isaiah 21:14-17-–The burden upon Arabia. In the forest in Arabia shall ye lodge, O ye travelling companies of Dedanim. The inhabitants of the land of Tema brought water to him that was thirsty, they prevented with their bread him that fled. For they fled from the swords, from the drawn sword, and from the bent bow, and from the grievousness of war. For thus hath the Lord said unto me, Within a year, according to the years of an hireling, and all the glory of Kedar shall fail: And the residue of the number of archers, the mighty men of the children of Kedar, shall be diminished: for the Lord God of Israel hath spoken it. 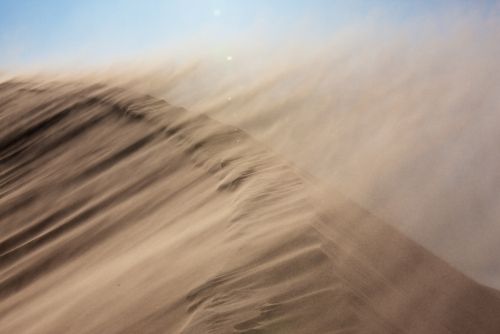 As the sands blow in every direction this is just what is happening on the socio-political scene in the area. Again, I mentioned that it really is spiritual and any astute student of the Bible can clearly see that God’s written words are beginning to come to pass. We are seeing a dramatic shift in power bases as well.   As mentioned in an earlier post, this is the continuation of “Arab Spring,‘ which began in 2011 and has since seen many a leader toppled and replaced in various countries in the Middle East.

In reference to the above mentioned Scripture, we know that Elam and Media make up parts of Persia, otherwise known as Iran. So this verse above is most certainly referring to Iran. Coincidence you say? Ive heard it said that coincidence is not a kosher word. The Bushehr nuclear reactor happens to be located in this same area.

Further up the desert is Iran. As we know Iran is no friend of the US (or are they?) or Israel. But Iran is an ally of the forces now dominating Yemen led by the Houthi rebels. Iran and Saudi Arabia do not see eye-to-eye and we may very well have a Sunni vs. Shi’ite war in the making here.

Genesis 16:11-12—And the angel of the Lord said unto her, Behold, thou art with child and shalt bear a son, and shalt call his name Ishmael; because the Lord hath heard thy affliction. And he will be a wild man; his hand will be against every man, and every man’s hand against him; and he shall dwell in the presence of all his brethren.

It is being reported that Iran has just forbidden its citizens from practicing the Hajj to Mecca, one of the five pillars of Islam. Will Iran eventually abandon Mecca altogether? Iran has aspirations to bring the whole desert region under her control. Many believe that Iran will try to destabilize Saudi Arabia and turn it into a Shiite, Iran-controlled nation.

Karbala, not Mecca is becoming Iran’s holiest place and a history lesson could help in understanding why this may ultimately come to fruition in the very near future.

According to the Shi’ite tradition, Al-Husayn ibn ‘Ali ibn Abi Talib was their messianic figure.It was in Karbala that he was martyred.  He was the son of Ali ibn Abi Ṭalib  who was the fourth Rashidun Caliph of Sunni Islam, and the very first Imam of Shia Islam and Fatimah Zahra, the daughter of their prophet Mohammed himself.

Al-Husayn was ultimately killed and beheaded in the Battle of Karbala on October 10, 680 along with most of his family members.

The annual memorial for him, which is celebrated even now is called Ashura  and is a day of mourning for Shi’ite Muslims. One needs to understand that it was the murderous rampage at Karbala that ultimately spawned the later Shi’ite movements. Anger at Husayn’s death was turned into a rallying cry that helped undermine and ultimately overthrow the Umayyad Caliphate which overtook Al-Husayn. I have to mention here that the grim and violent goings on that take place during Ashura are very similar to what the prophets that faced Elijah the Tishbite in the Bible did when they were trying to summon Baal:

I Kings 18:27-29—And it came to pass at noon, that Elijah mocked them, and said, Cry aloud: for he is a god; either he is talking, or he is pursuing, or he is in a journey, or peradventure he sleepeth, and must be awaked. And they cried aloud, and cut themselves after their manner with knives and lancets, till the blood gushed out upon them.  And it came to pass, when midday was past, and they prophesied until the time of the offering of the evening sacrifice, that there was neither voice, nor any to answer, nor any that regarded.

One must have at least a basic understanding of Sunni and Shiite hatred. These two sects of Islam have been feuding with one another since the beginning of Islam. Not much has changed. The only common denominator here is their mutual hatred towards Israel and the Jews. If anything, this is now coming to a fever pitch and something is going to give. Shi’ite Iran’s worldview is predicated on the belief that appearance of the Islamic Mahdi is now apparent and the spread and dominance of the Shi’ite sect of Islam will ultimately come to fruition.

Just a few days ago, at the behest of Vladimir Putin, Russia lifted a ban on the sale of a sophisticated air-defense system to Iran. Russian Foreign Minister Sergey Lavrov said the move to end the ban on shipping the S-300 anti-aircraft missile system to Iran was prompted by the recent progress in talks over Tehran’s nuclear program. The ban had been in place since 2010. This was five years ago.

The decision was also applauded by Iranian Foreign Minister Javad Zarif, who also said: “But Russia is an important neighbor for us, an important partner.” 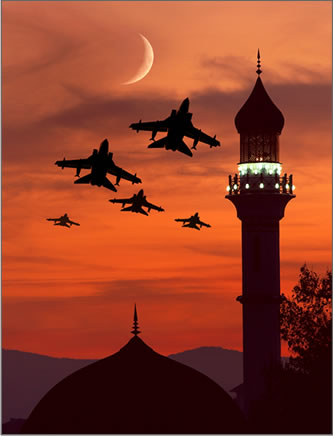 Did you hear that? Iran (Persia) and Russia (Gog) are important partners. What does the Bible have to say about this? Im glad you asked. The preliminary stages of the great war of Gog and Magog also referred by some scholars as World War 3 as outlined is outlined in Ezekiel 38 & 39 are beginning to materialize. And I haven’t even mentined what has been happening in Turkey. (Please see my previous posts AntiChrist and the Assyrian Connection and the War of Gog and Magog Parts 1-4)

I want to mention a certain scripture and tie this in to what is happening in both Saudi Arabia and Yemen:

Ezekiel 38:13—Sheba, and Dedan, and the merchants of Tarshish, with all the young lions thereof, shall say unto thee, Art thou come to take a spoil? hast thou gathered thy company to take a prey? to carry away silver and gold, to take away cattle and goods, to take a great spoil?

I mentioned in the previous posts that Sheba was the ancient name for Yemen and Dedan was the ancient name for Saudi Arabia. I also mentioned that the name Brittania, from which Great Britain gets its name, means a land of tin, and it is an island beyond Tarsish. Now in the ancient world, Tarsish was thought of being at the tip of Spain. The area we know as Gibraltar. The young lions thereof are the commonwelth that sprang from Britain as in the United States of Ameica.

Most Bible commentators and analysts agree with this exposition. But let’s get back to the desert here.

According to the Wall Street Journal, the Iran-backed Houthi rebels have seized control of the capital of Yemen and are trying to establish diplomatic relations with Russia and China. They feel threatened by Western support for Saudi Arabia. The Houthis have just sent a delegation to Russia to build this relationship.

Keep in mind that remember that Russia is already at war in Ukraine and tension between U.S and Russian relations are escalating.

Let’s also remember that Russia has just announced that she will stand by and help the Palestinians set up their desired state within the borders of Israel.

Remember I recently posted that Turkey and Saudi Arabia, have been actively engaged in high-level talks with the goal of possibly creating a joint military alliance to oust Syrian President Bashar Assad. Today the prime minister of Turkey is Recep Tayyip Erdogan. Today the Turkish army is on the Syrian border.

Meanwhile, ISIS has been expanding rapidly in Syria and is now just a stone’s throw from Bashar Assad’s residence in Damascus. Parts of Damascus have already been brought to ruins.

Isaiah 17:1-3—The burden of Damascus. Behold, Damascus is taken away from being a city, and it shall be a ruinous heap. The cities of Aroer are forsaken: they shall be for flocks, which shall lie down, and none shall make them afraid. The fortress also shall cease from Ephraim, and the kingdom from Damascus, and the remnant of Syria.

Could this be a precursor of the Isaiah 17 war to come?

Jeremiah 49:23-27—-Concerning Damascus. Hamath is confounded, and Arpad: for they have heard evil tidings: they are fainthearted; there is sorrow on the sea; it cannot be quiet. Damascus is waxed feeble, and turneth herself to flee, and fear hath seized on her: anguish and sorrows have taken her, as a woman in travail. How is the city of praise not left, the city of my joy! Therefore her young men shall fall in her streets, and all the men of war shall be cut off in that day, saith the Lord of hosts. And I will kindle a fire in the wall of Damascus, and it shall consume the palaces of Benhadad. 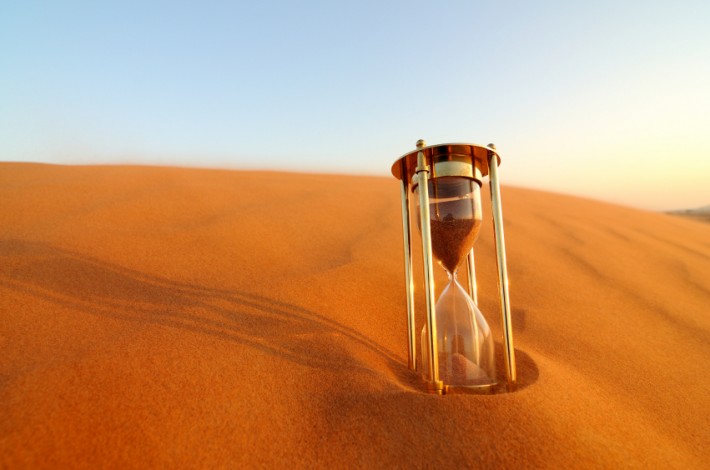 It won’t belong before Israel jumps in the foray and takes center stage in this drama in the desert that is unfolding. Remember when Israel destroyed the nuclear reactor in Iraq? Had that not happened then perhaps the Gulf War against Saddam Hussein quite possibly could have been a nuclear confrontation. Israel will not allow Iran to have these weapons. It is blatantly obvious that the pages of your Bible are literally coming to life! The sands of the hourglass are diminishing day by day, minute by minute, second by second………

I again plea with you to study the Scriptures and accept Jesus Christ as your Lord & Savior while there still remains time and before time runs out. Pray for your family and friends. I didn’t even mention the Rapture in this article and that may precede all of what is yet to transpire as mentioned in this article.