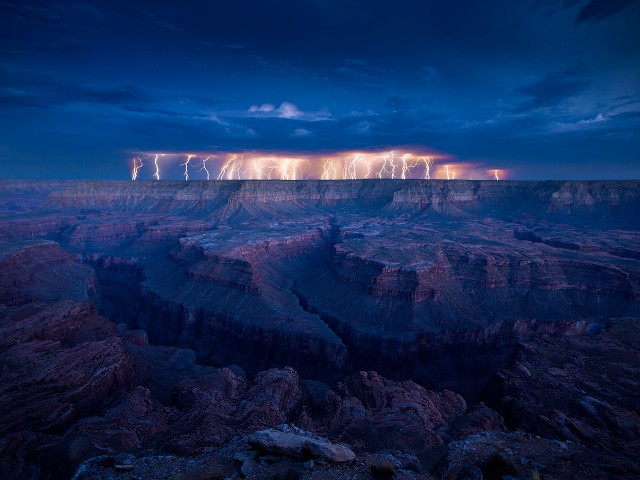 Luke 21:25-26—And there shall be signs in the sun, and in the moon, and in the stars; and upon the earth distress of nations, with perplexity; the sea and the waves roaring; Men’s hearts failing them for fear, and for looking after those things which are coming on the earth: for the powers of heaven shall be shaken.

2 Corinthians 11:15–And no marvel; for Satan himself is transformed into an angel of light.

I strongly suggest you go back and read the three-part post titled “Disclosure,” on this website. There are multiple signs that are coming to pass today: wars and rumors of wars, apostasy, economic upheaval, drought, famine, weird weather. Yet at the same time, another phenomenon is beginning to come to gain steam in its prophetic fulfillment.

Just recently, NASA  announced that humanity is likely to encounter extra-terrestrials within a decade.”I believe we are going to have strong indications of life beyond Earth in the next decade and definitive evidence in the next 10 to 20 years,” Ellen Stofan, chief scientist for NASA, said. This NASA: The National Aeronautics and Space Administration. This is the United States government agency responsible for the civilian space program as well as aeronautics and aerospace research.

It has also been reported that signs of water have been found on some of Jupiter and Saturn’s moons. Next they will find tiny microbes, or single-cell organisms and ultimately it will be extra-terrestrial beings. Ladies and gentlemen, what looked to be an episode right out of a Star Trek episode or  science fiction movie is now on the cusp of becoming a reality in the not too distant future.

I do not deny that there are physical manifestations of UFOs and that many people have claimed to have seen them and even been abducted by them. But the issue is not necessarily whether or not these things occur, but WHAT THEY ARE.

Dr. J. Allen Hynek was a civilian scientific advisor to Project Blue Book who eventually admitted that 11 percent of the study’s findings about unidentified flying objects could not be explained using science.

Project Blue Book was one of a series of systematic studies of unidentified flying objects (UFOs) conducted by the United States Air Force. It started in 1952, and it was the third study of its kind. A termination order was given for the study in December 1969, and all activity under its auspices ceased in January 1970.

The Project Blue Book Archive provides researchers with free online access to over 50,000 official U.S. Government documents relating to the UFO phenomenon. Again, I am not making this stuff up.

Research of UFO abductees has led to some interesting discoveries. According to those abducted, these aliens claim to teach another theology.

Galatians 1:6-8—I marvel that ye are so soon removed from him that called you into the grace of Christ unto another gospel:Which is not another; but there be some that trouble you, and would pervert the gospel of Christ. But though we, or an angel from heaven, preach any other gospel unto you than that which we have preached unto you, let him be accursed.

The curious thing is that the theology is New Age theology. The claim here is that we are all divine, all evolving to higher levels of consciousness, that reality is what you perceive it to be and so on and so forth. This type of teaching is clearly anti-Christian in doctrine and nature.  Many people in the New Age not only accept Aliens and UFOs but also teach that they are more highly evolved than we are and that we need to learn from them.

Furthermore, a very high percentage of the abductees have been documented to have admitted to having a  previous experience with the occult. Thus, those who experience UFO phenomena are very often involved in the occult. This again is a major red flag.

Based on what I have researched studying the Bible (again please see the posts titled “Disclosure,”) is that the UFO phenomena is occultic in origin and demonically based. I do not believe there is life on other planets, and I suspect that what has been manifested is nothing more than a great deception that is slowly enveloping mankind.

2 Thessalonians 2:7-12—For the mystery of iniquity doth already work: only he who now letteth will let, until he be taken out of the way. And then shall that Wicked be revealed, whom the Lord shall consume with the spirit of his mouth, and shall destroy with the brightness of his coming: Even him, whose coming is after the working of Satan with all power and signs and lying wonders, And with all deceivableness of unrighteousness in them that perish; because they received not the love of the truth, that they might be saved. And for this cause God shall send them strong delusion, that they should believe a lie: That they all might be damned who believed not the truth, but had pleasure in unrighteousness.

One person in five claims to have seen a UFO, and 1 in 100 claim to have had some form of alien encounter, from observation, to inspection, to abduction. The common denominator in confirmed abductions seems to be an unusual interest in the human reproductive system.

Genesis 6:1-8—And it came to pass, when men began to multiply on the face of the earth, and daughters were born unto them, That the sons of God saw the daughters of men that they were fair; and they took them wives of all which they chose. And the Lord said, My spirit shall not always strive with man, for that he also is flesh: yet his days shall be an hundred and twenty years. There were giants in the earth in those days; and also after that, when the sons of God came in unto the daughters of men, and they bare children to them, the same became mighty men which were of old, men of renown. And God saw that the wickedness of man was great in the earth, and that every imagination of the thoughts of his heart was only evil continually. And it repented the Lord that he had made man on the earth, and it grieved him at his heart. And the Lord said, I will destroy man whom I have created from the face of the earth; both man, and beast, and the creeping thing, and the fowls of the air; for it repenteth me that I have made them. (notice that something happened to all of creation that grieved God immensely) But Noah found grace in the eyes of the Lord.

The Nephilim which comes from the Hebrew word “Nephal”- “the ones who fall from the sky.

This is not Science Fiction. There were things that were talked about and even portrayed in Hollywood movies that seemed unimaginable a generation ago that today that are now happening in real life. For example, we already have chimeras: a single organism composed of genetically distinct cells. Laboratories are conducting experiments involving genetically splicing and combining two species that are 50/50. Behind closed doors scientists and corporations may have breached genetic codes that separate the individuality of an animal and plant species on earth.

Daniel 2:43—And as the toes of the feet were part of iron, and part of clay, so the kingdom shall be partly strong, and partly broken. And whereas thou sawest iron mixed with miry clay, they shall mingle themselves with the seed of men: but they shall not cleave one to another, even as iron is not mixed with clay.  And in the days of these kings shall the God of heaven set up a kingdom, which shall never be destroyed: and the kingdom shall not be left to other people, but it shall break in pieces and consume all these kingdoms, and it shall stand for ever.

This idea of mixing seed is not a polemic against bio-genetic engineering. It is simply to say anything fallen man can use for evil, fallen man will use for evil.

It has been documented case-after-case of what may be deemed as occultic or paranormal astral phenomenon occurrences.

In Daniel Chapter 2 as mentioned above, this alludes to the finl empire prior to the return of the LORD Jesus Christ establishing His Millennial Kingdom.

The King James translation is clearest, saying that some unknown group will attempt to mingle itself with the very seed of men.  It can be said that this would quite possibly create a hybrid race, part human and part something else, like the Nephilim were part human and part fallen angel, just as in the days of Noah.

Matthew 24:37—But as the days of Noah were, so shall also the coming of the Son of man be.

Legitimate scholars admit that there’s a lot of conjecture associated with this specific view, but hasten to add that it’s certainly within the realm of possibility, since the End Times will be characterized by the paranormal as the spiritual and physical realms collide. 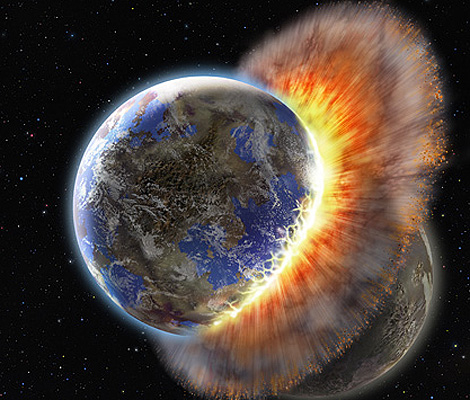 I know for a surety that as we draw closer to the return of the Lord, the thin veil that separates the spiritual from the natural is diminishing. I also believe that after the Rapture of the faithful Church, what will occur on this earth will be so demonic, satanic and diabolical.

During the Great tribulation these three things will happen. Demonic forces will no longer be restrained by that which was previously holding them back. As we race towards the prophetic fulfillment of the above mentioned facts, I mention this in passing: In 1947 began the battle for Jerusalem when it was officially recognized as a city and the same year in the United States we had the Roswell UFO incident. Is it possible that since then the conditioning of the masses within one generation alone had begun to prepare this world for contact with life from other planets? Ultimately, this world may be inching one step closer to the day when full disclosure of the so-called extraterrestrial presence really happens.

As I mentioned in a previous post, I am of the utmost conviction that since the 1970’s, that certain Biblical passages that allude to the anti-Christ, the false prophet using astral phenomenon and some of Biblical apocalyptic literature (i.e. calling fire down from heaven Revelation 13:13 and the principalities and powers of the air as mentioned in Ephesians 6) that involve the seduction of the nation through deception may be directly related to extra-terrestrial phenomenon.

Revelation 13:11-14a—And I beheld another beast coming up out of the earth; and he had two horns like a lamb, and he spake as a dragon. And he exerciseth all the power of the first beast before him, and causeth the earth and them which dwell therein to worship the first beast, whose deadly wound was healed. And he doeth great wonders, so that he maketh fire come down from heaven on the earth in the sight of men, And deceiveth them that dwell on the earth by the means of those miracles which he had power to do in the sight of the beast;

Over the past two decades astronomers have found more than 1,800 exoplanets, and statistics suggest that our galaxy harbors at least 100 billion more. These planets  may be the optimal targets in the search for extraterrestrial and extrasolar life. Expect to see more breaking news in the days to come as this matter continues to evolve. I always wondered how the secular world would proceed to describe the mass disappearance of millions of Christians. after the Rapture. Well moving forward, this, one we’re really gonna have to watch with a discerning eye.