Is This Sheba, Dedan and (the Merchants of) Tarsish’s Last Dance?

Currently there are two factions engaged in an ongoing battle: The Islamic State in Iraq and Syria as well as the Houthi rebels backed by Iran in Yemen.

The military coalition currently fighting Islamic State in Iraq and Syria, and the military coalition fighting to stop Iran in Yemen BOTH are comprised of allied Arab and Western military forces that are collaborating together. The rather interesting tidbit here is that this coalition is exactly identical to what the Lord prophesied to Ezekiel as “Sheba, Dedan, the merchants of Tarshish, and all their young lions… 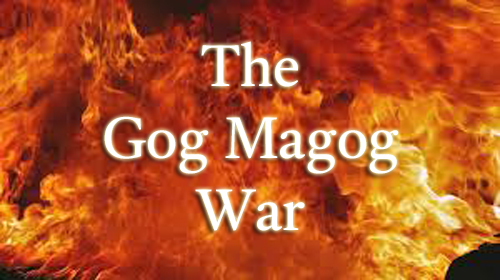 Ezekiel 39:1-14––-And the word of the Lord came unto me, saying, Son of man, set thy face against Gog, the land of Magog, the chief prince of Meshech and Tubal, and prophesy against him, And say, Thus saith the Lord God; Behold, I am against thee, O Gog, the chief prince of Meshech and Tubal: And I will turn thee back, and put hooks into thy jaws, and I will bring thee forth, and all thine army, horses and horsemen, all of them clothed with all sorts of armour, even a great company with bucklers and shields, all of them handling swords: Persia, Ethiopia, and Libya with them; all of them with shield and helmet: Gomer, and all his bands; the house of Togarmah of the north quarters, and all his bands: and many people with thee. Be thou prepared, and prepare for thyself, thou, and all thy company that are assembled unto thee, and be thou a guard unto them. After many days thou shalt be visited: in the latter years thou shalt come into the land that is brought back from the sword, and is gathered out of many people, against the mountains of Israel, which have been always waste: but it is brought forth out of the nations, and they shall dwell safely all of them. Thou shalt ascend and come like a storm, thou shalt be like a cloud to cover the land, thou, and all thy bands, and many people with thee. Thus saith the Lord God; It shall also come to pass, that at the same time shall things come into thy mind, and thou shalt think an evil thought: And thou shalt say, I will go up to the land of unwalled villages; I will go to them that are at rest, that dwell safely, all of them dwelling without walls, and having neither bars nor gates,  To take a spoil, and to take a prey; to turn thine hand upon the desolate places that are now inhabited, and upon the people that are gathered out of the nations, which have gotten cattle and goods, that dwell in the midst of the land. Sheba, and Dedan, and the merchants of Tarshish, with all the young lions thereof, shall say unto thee, Art thou come to take a spoil? hast thou gathered thy company to take a prey? to carry away silver and gold, to take away cattle and goods, to take a great spoil? Therefore, son of man, prophesy and say unto Gog, Thus saith the Lord God; In that day when my people of Israel dwelleth safely, shalt thou not know it?

The irony here is that when the Battle of Ezekiel 38-39 takes place, this same coalition actually questions the invasion and has no part in it.

Saudi Arabia is not necessarily from the lineage of Ishmael. They come from Sheba and Dedan who were the sons of Keturah, the 2nd wife of Abraham.

Genesis 25:1-3—Then again Abraham took a wife, and her name was Keturah. 2 And she bare him Zimran, and Jokshan, and Medan, and Midian, and Ishbak, and Shuah. 3 And Jokshan begat Sheba, and Dedan. And the sons of Dedan were Asshurim, and Letushim, and Leummim.

Haven’t you noticed recently that there seems to have been a sort of drift or separation between Saudi Arabia and the more fundamentalist Islamic countries? There are reports indicating that Saudi Arabia is very concerned about Isis making their way towards Saudi Arabia as well.

The Saudi Kingdom is fed up with defending against ISIS raiding parties that routinely cross over the Iraqi border. In order to stave off these assaults, the Saudis have been building a gargantuan, 600-mile long border fence across the length of the country’s border with Iraq. 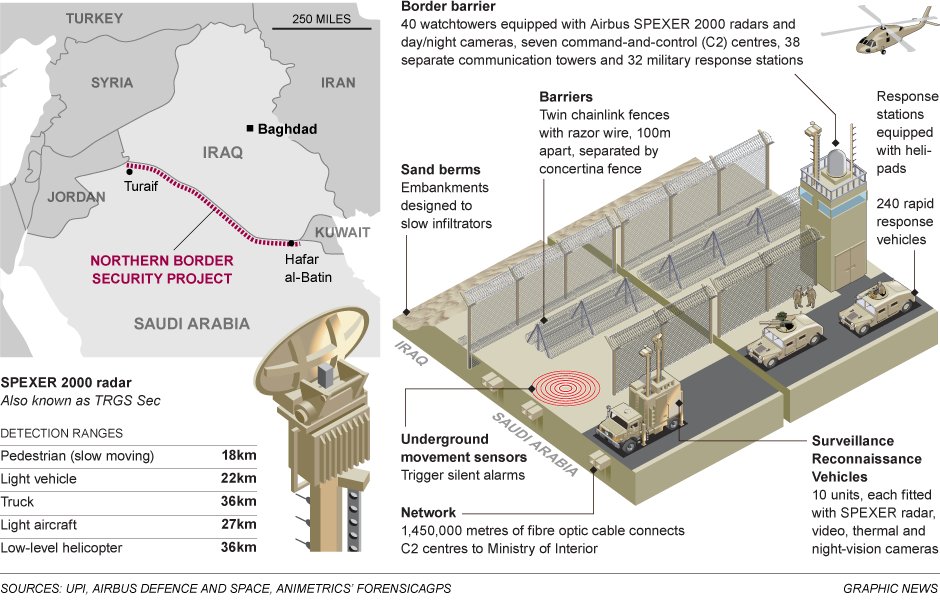 This fence is double layered with a concertina wire barrier in no man’s land. It is be equipped with underground movement sensors and fiber optic cables which are connected directly to authorities in Riyadh. On the Saudi side of the fence, 240 rapid response vehicles patrol the border along with helicopters that  support those manning the 38 communications towers and 32 military response stations strategically placed along the fence.

Most Muslims are divided into two major camps with many side issues. The two sides are Shiite, who are more fundamentalist and the Sunni, who are not as radical. The Saudi Arabians are Sunni and they control the holy sites of Mecca & Medina. There is Shi’ites are for the most part from Iran and anticipating the rise of the Mahdi.

Anyways, according to verse 13, they are merely questioning this invasion and not confronting it militarily. The question that needs to be asked is this: Is the House of Saud about to fall? And if that’s the case, now that the United States is openly endorsing a Palestinian state, is the U.S. about to fall? That being said…..

Now we are about to enter some touchy territory:

13 …and the merchants of Tarsish, with all the young lions thereof,…

Psalm 72:10—The kings of Tarshish and of the isles shall bring presents: the kings of Sheba and Seba shall offer gifts.

Psalm 72:10, refers to the kings of Tarsish and of the islands.

Ezekiel 27:12—Tarshish was thy merchant by reason of the multitude of all kind of riches; with silver, iron, tin, and lead, they traded in thy fairs.

Ezekiel 27:12 refers to a multitude of riches that they have including silver, iron, tin and lead.

Kind of interesting that the name Brittania, from which Great Britain gets its name, means a land of tin, and it is an island beyond Tarsish. Now in the ancient world, Tarsish was thought of being at the tip of Spain. The area we know as Gibraltar.

Recent archaeological finds inspired the book, America, B.C., by Professor Barry Fell of Harvard University. With an estimated date of 700-600 B.C., the findings suggest that voyagers were probably not explorers but rather merchants trading with the New England Celts who, by that dates, were already well established fur trappers and very likely also mining precious metals from those sites where ancient workings have been discovered. If the findings of Professor Fell are accurate, large colonies of Celts had been brought by ship from Tarshish, Spain, to mine for ore and trap for furs and thus to establish trading posts deep within the American continent. They must surely be recognized as belonging to Ezekiel’s “merchants of Tarshish.”

Now the Book of Ezekiel was written around 500 B.C., during Babylonian captivity. 300 years prior to that we have evidence that there were people here in America. All the way in Iowa as well as all over in New England they have found inscriptions. These have now been deciphered. And guess what, there in glowing terms unmistakable, we have the name merchants of Tarsish, who were here in America.

Apparently as a seafaring people , they had planted themselves in “the islands far away from Europe.” And these people, may have been apparently as far away as the British Isles. They had a vast network of economy and shipping that was taking place hundreds of years before Jesus Christ walked the face of the earth. This means that when Ezekiel wrote this, he would have known about them!

This is not a new revelatory “prophecy point.” There is accurate evidence that can prove its authenticity. You can do the research yourself. But we have an even greater accurate and authentic proof and that is the Bible itself.

So then this reference to merchants of Tarsish could not only refer to the British Isles, but it may also allude to The Unites States of America! And if that is true, then all we are doing is the same thing that Saudi Arabia is doing, which is not intervening in this war.

Recently , it seems as if we have been doing a lot of work with Saudi Arabia, who apparently have been very friendly with us. Nonetheless, it seems as if even the U.S. is just questioning about this invasion and not doing anything about it. This seems to indicate that there will be no deliberate military action engaged by any of these nations in opposition to the coalition of Gog and Magog which will be led by Russia, Turkey and Iran.

Therefore, ‘the young lions of Tarshish’ describes the USA in the last days joining in with her European and Saudi allies to lodge a formal protest against the Russian-Islamic aggressors.

My concern has always been that when the U.S., who currently seemed to be the only ally of Israel, ever decided to turn its back on Israel, watch out! Jerusalem will a trembling cup to ALL nations. ALL nations will gather to fight against Jerusalem.

I just mentioned in the previous post that our current administration has now given the long awaited “green light” to European governments to file a UN Security Council motion proclaiming an independent Palestinian state. Senior US officials reportedly collaborated with their French counterparts in Paris last week to sketch out the general outline of this motion. The United States has now joined 136 other nations who now are vouching for a Palestinian State.This will absolutely shatter U.S. relations with Israel and plunge the entire Middle East into chaos!

By the way, these  nations have a combined population of more than 5.5 billion people. And the Vatican has jumped in to endorse a Palestinian state as well. Whose left??? 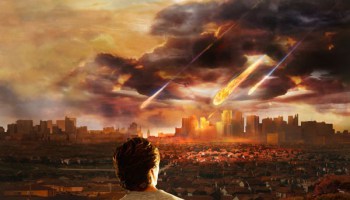 I believe it is very possible that the “Day of the LORD” is not too far off in the very near distant future. ( Here is a link to a previous post on the Day of the LORD:  https://bibleprophecyfortoday.com/2015/02/28/the-day-of-the-lord/

It is also very possible that if and when the U.S. and Saudi Arabia are weakened and or ready to be overtaken if not overtaken already, God forbid, then you will see the Magog invasion of Ezekiel 38-39 spring into action.

If all of what I mentioned is indeed a reality then saints of God it’s just like that famous airline commercial: “pack your bags…..it’s on!”