Inching Closers Towards the Main Event?: Isis vs. Israel

Isaiah 21:1-2—The burden of the desert of the sea. As whirlwinds in the south pass through; so it cometh from the desert, from a terrible land. A grievous vision is declared unto me; the treacherous dealer dealeth treacherously, and the spoiler spoileth. Go up, O Elam: besiege, O Media; all the sighing thereof have I made to cease.

Isaiah 21:14-17—The burden upon Arabia. In the forest in Arabia shall ye lodge, O ye travelling companies of Dedanim. The inhabitants of the land of Tema brought water to him that was thirsty, they prevented with their bread him that fled. For they fled from the swords, from the drawn sword, and from the bent bow, and from the grievousness of war. For thus hath the Lord said unto me, Within a year, according to the years of an hireling, and all the glory of Kedar shall fail: And the residue of the number of archers, the mighty men of the children of Kedar, shall be diminished: for the Lord God of Israel hath spoken it. 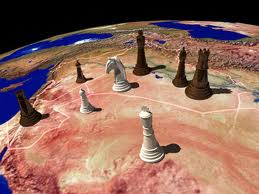 A Sunni militant blew himself up in the al-Qadeeh village mosque in Saudi Arabia’s heavily Shi’ite east during Friday prayers, in one of the worst attacks in the kingdom in years.

The suicide bombing took place at a Shi’ite mosque and reportedly killed 21 people. This bombing in Saudi Arabia came as tensions between Sunni and Shi’ite Muslims are on the increase in the region. Some clerics in Saudi Arabia, the birthplace of Islam and mainstay of its Sunni denomination, are deeply hostile towards Shi’ites, whom they regard as apostates.

Keep in mind that Saudi Arabia is part of an international coalition carrying out bombing strikes on Islamic State targets in Iraq and Syria.  If Saudi Arabia can no longer secure this part of their country from the Shia Arabs living there, then that gives an excuse for somebody else to come in and secure the area.

This is because a goodly portion of Saudi Arabia’s oil fields are in these provinces,including the logistical infrastructure that ships it out to the Persian Gulf too.

I mentioned in a previous post that as the Arab Spring events commenced in 2011 several governments have been overturned in the Middle East.

Meanwhile over in Syria, ISIS has taken control of the Syrian city of Palmyra in the last 10 days. They reportedly have executed 217 people there and caused for 11,000 people to flee for their lives. Just last year, according to the UN Refugee Agency, Syria topped Afghanistan as the country with the largest refugee population under United Nations care, as the country’s civil war has now on raged for five years and counting. It is important to note that 5 million Palestinian refugees have registered with the UN Relief and Works Agency, which is dedicated solely to their needs and is independent from the UN Refugee Agency. Palmyra is still called Tadmur/Tadmor today. It was a city captured by Solomon:

2 Chronicles 8:1-6—And it came to pass at the end of twenty years, wherein Solomon had built the house of the Lord, and his own house, That the cities which Huram had restored to Solomon, Solomon built them, and caused the children of Israel to dwell there.  And Solomon went to Hamathzobah, and prevailed against it. And he built Tadmor in the wilderness, and all the store cities, which he built in Hamath.  Also he built Bethhoron the upper, and Bethhoron the nether, fenced cities, with walls, gates, and bars; And Baalath, and all the store cities that Solomon had, and all the chariot cities, and the cities of the horsemen, and all that Solomon desired to build in Jerusalem, and in Lebanon, and throughout all the land of his dominion.

And just South of Israel in Jordan, it is being reported that after ISIS controlled the city of Ramadi,(which is the capital of Anbar in Iraq which is approximately 90 miles from the Jordanian border), it may now became a major threat to the Kingdom of Jordan. ISIS does not hide its intention to expand towards Jordan. Is Jordan about to be overrun like Syria?? Keep  close eye one who emerges as the new leader of either of these two nations in the near future: (Syria & Jordan)

We must not forget that Islamic State in Iraq and the Levant (ISIL), Arabic al-Dawlah al-Islāmiyyah fī al-ʿIrāq wa al-Shām, Arabic abbreviation Dāʿash or Daesh, also called Islamic State in Iraq and Syria (ISIS) and, since June 2014, the Islamic State, first appeared under the name ISIL in April 2013. The group launched an offensive in early 2014 that drove Iraqi government forces out of key western cities, while in Syria it fought both government forces and rebel factions in the Syrian Civil War. In June 2014, after making significant territorial gains in Iraq, the group proclaimed the establishment of a caliphate.

Levant is defined as: A region on the eastern coast of the Mediterranean Sea north of the Arabian Peninsula and south of Turkey, usually including the area of Israel, Jordan, Lebanon, Palestine, and Syria. 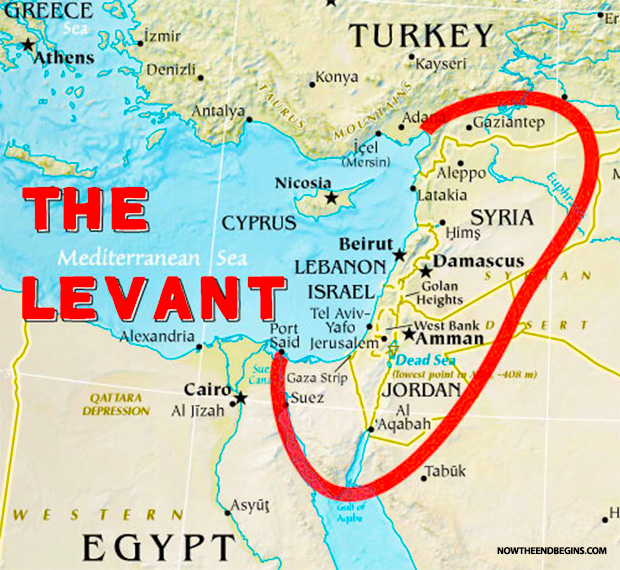 Moving ahead, just last week in Turkey a month removed from the upcoming elections, the Turkish Anadolu Agency reported that Turkey’s Prime Minister, Ahmet Davatoglu, made a promise to his people that if they elect him next month that he promises to soon liberate Jerusalem:

“Al-Aqsa Mosque [The Temple Mount] is ours forever, and as Allah is my witness and history will testify, it will remain ours forever”.

Revelation 11:1-2—And there was given me a reed like unto a rod: and the angel stood, saying, Rise, and measure the temple of God, and the altar, and them that worship therein. But the court which is without the temple leave out, and measure it not; for it is given unto the Gentiles: and the holy city shall they tread under foot forty and two months.

After vowing to retake Jerusalem if elected, Davutoglu stressed that his country “cannot be an ally or friend of those who desecrated the Al-Aqsa Mosque with their boots” referring to Israelis who had to thwart demonstrations. By this Davutoglu is accusing Israel of desecrating the Temple Mount since it is an abomination in Islam for anyone to enter holy ground unless they are barefooted.

The Turkish president himself called on his citizens of Turkey to “raise their hands in supplication for this blessed night towards Allah to restore the Al-Aqsa Mosque [Jerusalem] to be re-owned by Muslims, and to remove the mist from their eyes, to see Jerusalem in their hands at every moment and at every opportunity. ” Is the Gog/Magog War on the near horizon??? 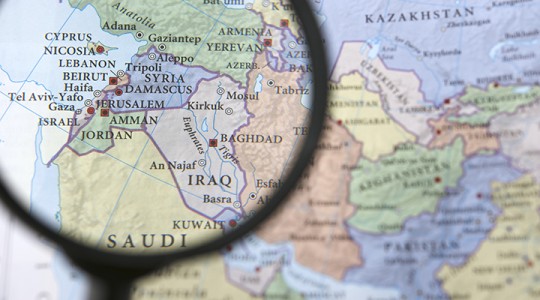 Syria and Iran both pose a threat to Israel with their sizable conventional forces and political clout in the region, very much the same way Iraq was before Saddam Hussein was overthrown and ultimately captured. Could it be that Israel may very well believe that it is acting in the interest of its national security by adopting the axiom, “the enemy of my enemy is my friend”. Either way we will have to wait and see how this unfolds. But I assure you that it won’t be long before we find out!

I have stated before in several posts that it won’t be long before Israel jumps in the foray and takes center stage as the prophetic fulfillment of God’s Holy Writ is materializing before our very eyes.