Ephesians 6:1-3 & 10-18—Children, obey your parents in the Lord: for this is right. Honour thy father and mother; which is the first commandment with promise; That it may be well with thee, and thou mayest live long on the earth.

Finally, my brethren, be strong in the Lord, and in the power of his might. Put on the whole armour of God, that ye may be able to stand against the wiles of the devil. For we wrestle not against flesh and blood, but against principalities, against powers, against the rulers of the darkness of this world, against spiritual wickedness in high places. Wherefore take unto you the whole armour of God, that ye may be able to withstand in the evil day, and having done all, to stand. Stand therefore, having your loins girt about with truth, and having on the breastplate of righteousness; And your feet shod with the preparation of the gospel of peace; Above all, taking the shield of faith, wherewith ye shall be able to quench all the fiery darts of the wicked.And take the helmet of salvation, and the sword of the Spirit, which is the word of God: Praying always with all prayer and supplication in the Spirit, and watching thereunto with all perseverance and supplication for all saints; 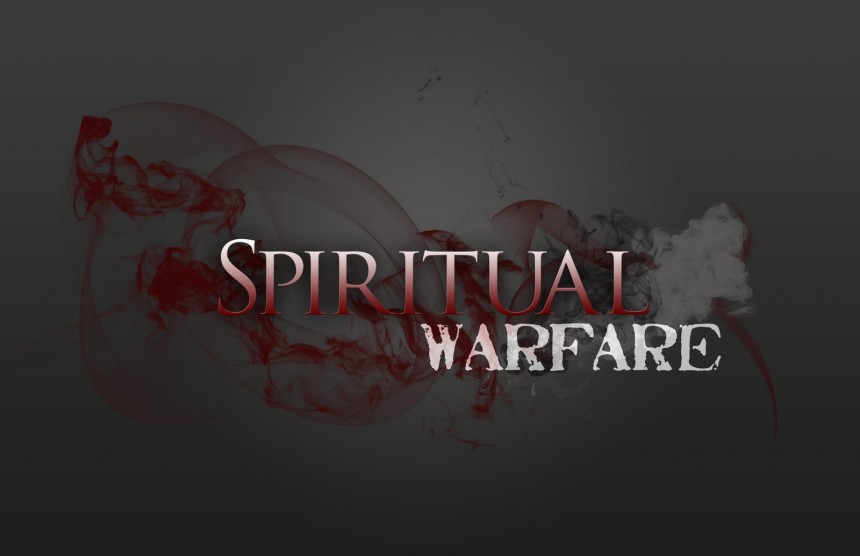 I find it interesting that as this chapter in Ephesians emphasizes the fact that we are engaged in a spiritual warfare, the chapter begins with an admonition to children.

Deuteronomy 18:10-12—There shall not be found among you any one that maketh his son or his daughter to pass through the fire, or that useth divination, or an observer of times, or an enchanter, or a witch. Or a charmer, or a consulter with familiar spirits, or a wizard, or a necromancer.  For all that do these things are an abomination unto the Lord: and because of these abominations the Lord thy God doth drive them out from before thee.

Leviticus 19:31–Regard not them that have familiar spirits, neither seek after wizards, to be defiled by them: I am the Lord your God.

A familiar spirit is a demon that is summoned by a medium, with the intention that the spirit summoned will obey his or her commands. Often, familiar spirits are believed to be the spirits of people who have died. However, Biblically speaking, such appearances are in actuality demonic forces imitating people in order to deceive.

Hebrews 13:1-2—Let brotherly love continue. Be not forgetful to entertain strangers: for thereby some have entertained angels unawares.

According to the Bible, there is a spiritual realm that exists and the existence of angels and demons is a reality. The above chapter tells us that some of us may have entertained angels unaware. That is a separate teaching in itself but the focus of this post is on the flip side. Can people entertain demons unaware??

Recently, many teens have been exposing themselves to the dangers of playing a game known as “Charlie, Charlie,” which is gaining popularity among young people on social media.

According to Spanish priest Jose Antonio Fortea, the so-called Charlie Charlie Challenge, which is a game played on a simplified version of the Ouija board, poses a real danger as it involves the summoning of spirits, as reported by the Catholic News Agency. Kepp in mind that one of the best selling toys over the last Christmas season was a game called……Ouija Board.

The game uses two pens and a paper to create a makeshift version of the Ouija board. A grid is drawn on paper to make four panels, two of which are labelled “yes” and the other two “no.” The pens are then put on top of another, positioned like a cross. The players invoke a Mexican demon by calling out “Charlie, Charlie can we play” or “Charlie, Charlie are you here?” Then they wait for the pen to move as they film the game for online posting.

Let’s not forget that in the 1970’s, there was a film that was released which has been hailed as the scariest movie of all time. In it, the victim was a young girl who was initially toying with……..that’s right a Ouija Board.

2 Timothy 1:7—For God hath not given us the spirit of fear; but of power, and of love, and of a sound mind.

1 John 4:4—Ye are of God, little children, and have overcome them: because greater is he that is in you, than he that is in the world. 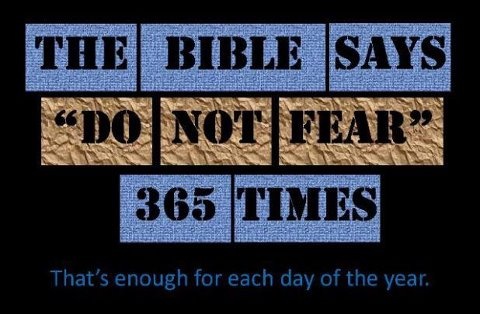 Luke 10:19—Behold, I give unto you power to tread on serpents and scorpions, and over all the power of the enemy: and nothing shall by any means hurt you.

2 Kings 6:14-19-–Therefore sent he thither horses, and chariots, and a great host: and they came by night, and compassed the city about. And when the servant of the man of God was risen early, and gone forth, behold, an host compassed the city both with horses and chariots. And his servant said unto him, Alas, my master! how shall we do? And he answered, Fear not: for they that be with us are more than they that be with them.  And Elisha prayed, and said, Lord, I pray thee, open his eyes, that he may see. And the Lord opened the eyes of the young man; and he saw: and, behold, the mountain was full of horses and chariots of fire round about Elisha.

Romans 8:38-39–For I am persuaded, that neither death, nor life, nor angels, nor principalities, nor powers, nor things present, nor things to come, Nor height, nor depth, nor any other creature, shall be able to separate us from the love of God, which is in Christ Jesus our Lord.

According to the Bible, we are strongly admonished not to engage these entities as they have one purpose and it is to deceive and eventually destroy those who summon them. As believers in Jesus Christ we have power over the demonic realm, in His name. We are strong in the Lord and the power of His might.

Ephesians 6:10–Finally, my brethren, be strong in the Lord, and in the power of his might.

We put on the armor of the living God and do battle when we are faced with the demonic. The Angels of the LORD go to battle on our behalf as they hearken to God’s word:

First of all, we must understand our identity as Christians and saints of the MOST HIGH GOD. This in itself is one of the plagues that I believe has been hampering the true Church; Christians knowing who they are in Christ. The prophet Hosea made a startling statement:

Hosea 4:6—My people are destroyed for lack of knowledge: because thou hast rejected knowledge, I will also reject thee, that thou shalt be no priest to me: seeing thou hast forgotten the law of thy God, I will also forget thy children.

The first part of the verse is true indeed and the rest of the verse in the context of the Old Testament is a rather frightening indictment in itself.

Occult activity and the need for exorcisms has increased to a critical level globally, with the spokesperson for the International Association of Exorcists saying the number of bishops and cardinals asking to be part of their annual conference due to rising demonic activity has been going up.

“It’s becoming a pastoral emergency,” Cascioli told Catholic News Agency. “At the moment the number of disturbances of extraordinary demonic activity is on the rise.”

The increase in demonic activity can be linked to dwindling faith among people and a growing interest and participation in occult activities like Ouija boards and seances, said Cascioli.

It is indeed getting darker out here. However, I believe that the darker it gets, the brighter the light of the Church must shine. Jesus came to seek and save them that were lost. We as ambassadors of Christ are mandated to do likewise……..

Psalm 34:1-11—I will bless the Lord at all times: his praise shall continually be in my mouth. My soul shall make her boast in the Lord: the humble shall hear thereof, and be glad. O magnify the Lord with me, and let us exalt his name together. I sought the Lord, and he heard me, and delivered me from all my fears. They looked unto him, and were lightened: and their faces were not ashamed. This poor man cried, and the Lord heard him, and saved him out of all his troubles.The angel of the Lord encampeth round about them that fear him, and delivereth them. O taste and see that the Lord is good: blessed is the man that trusteth in him. O fear the Lord, ye his saints: for there is no want to them that fear him.The young lions do lack, and suffer hunger: but they that seek the Lord shall not want any good thing. Come, ye children, hearken unto me: I will teach you the fear of the Lord.