1 John 3:2-3— Beloved, now we are the sons of God, and it doth not yet appear what we shall be; but we know that, when He shall appear, we shall be like Him; for we shall see Him as He is. And every man that hath this hope in Him purifieth himself, even as He is pure.

Romans 8: 19-22—For the earnest expectation of the creature waiteth for the manifestation of the sons of God. For the creature was made subject to vanity, not willingly, but by reason of Him who hath subjected the same in hope,because the creature itself also shall be delivered from the bondage of corruption into the glorious liberty of the children of God. For we know that the whole creation groaneth and travaileth in pain together until now.

Just last week in India, a record breaking heat wave struck the nation. Temperatures rose as high as 118F (48C), breaking previous the national high of 117. The death toll has now surpassed 2,200 people. They have died from heat stroke or dehydration.

It is so hot that the roads  have been melting… 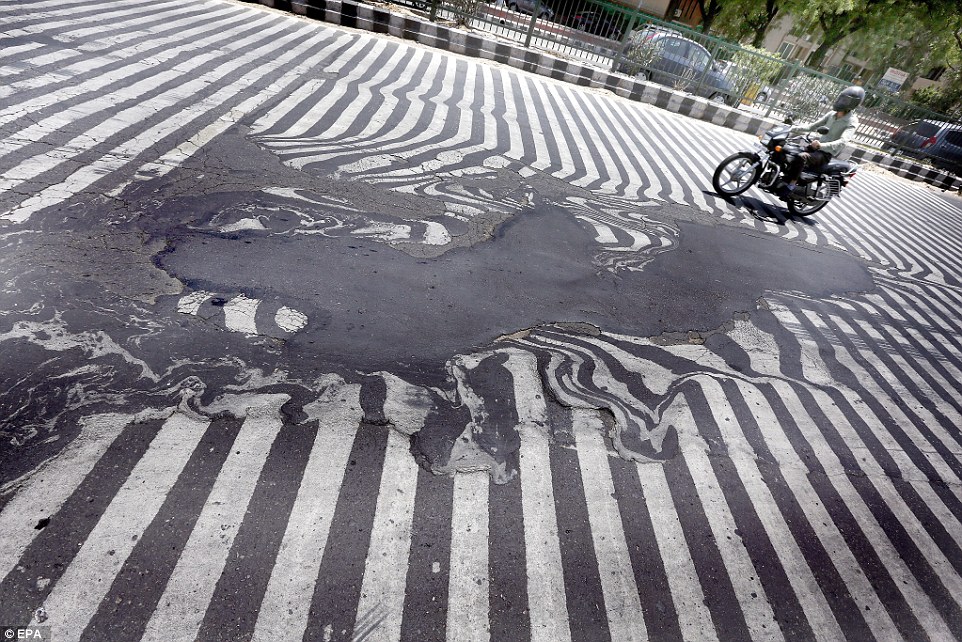 In India, SEVEN HUNDRED NINETY TWO MILLION people have no access to electricity, which means they do not even have a fan to even try and cool off. Ladies and gentlemen, this is more then double the ENTIRE population of the United States of America!!!

People who have been interviewed for news articles have talked about how the heat wave has crippled the city, caused dehydration, parched bodies seeking water from anywhere.

Isaiah 24:4-6—The earth mourneth and fadeth away; the world languisheth and fadeth away; the haughty people of the earth do languish. The earth also is defiled under the inhabitants thereof, because they have transgressed the laws, changed the ordinance, broken the everlasting covenant. Therefore hath the curse devoured the earth, and they that dwell therein are desolate; therefore the inhabitants of the earth are burned, and few men left.

I just mentioned that over 700 million people have been without electricity and in this scorching heat wave in India. India is known to worship over 33 million gods! Why Hindus worship so many gods and goddesses is a real mystery for most people. In the West, where the mass majority of people are for the most part, supposably part of the Abrahamic faith tradition with one God, the concept of polytheism is nothing more than fantasy or mythology worthy of comic book material.

However, the Bible talks about a coming “Heat Wave,” unlike any other:

Revelation 16:8-9—And the fourth angel poured out his vial upon the sun; and power was given unto him to scorch men with fire. And men were scorched with great heat, and they blasphemed the name of God, who hath power over these plagues; and they repented not to give Him glory.

This is part of the Bowl judgments that are unleashed upon the earth after the Rapture of the Church during the Great Tribulation. The earth is about 93 million miles from the sun. As the earth circles the sun in an elliptical route, the distance between the two varies from about 91 million miles to 94.5 million miles, contributing to our four seasons. The fact is that if the earth passed much closer to or farther from the sun, life would be far different here, if possible at all.

One purpose in God striking the sun is found in the ages-long idolatry of men where they have worshiped the sun, moon, and stars rather than acknowledging their Creator.

Romans 1:20-25-–For from the creation of the world the invisible things of Him are clearly seen, being understood through the things that are made, even His eternal power and Godhead, so that they are without excuse. For when they knew God, they neither glorified Him as God, nor were thankful, but became vain in their imaginations, and their foolish heart was darkened. Professing themselves to be wise, they became fools, and changed the glory of the incorruptible God into an image made like corruptible man, and to birds and fourfooted beasts and creeping things. Therefore God also gave them up to uncleanness through the lusts of their own hearts, to dishonor their own bodies among themselves. They changed the truth of God into a lie, and worshiped and served the creature more than the Creator, who is blessed for ever. Amen

The intensity of the sun creates horrific suffering for those who have stubbornly refused the salvation of Jesus Christ and have instead taken the mark of the beast and so in some respects their pain is self-inflicted. They know it. But they will not take responsibility for it.

Coupled with this heat wave in India, off the coast of Japan there was yet another major quake that was measured at 7.8 on the Richter Scale, at a depth of almost 700 kilometers, or 400 miles deep! 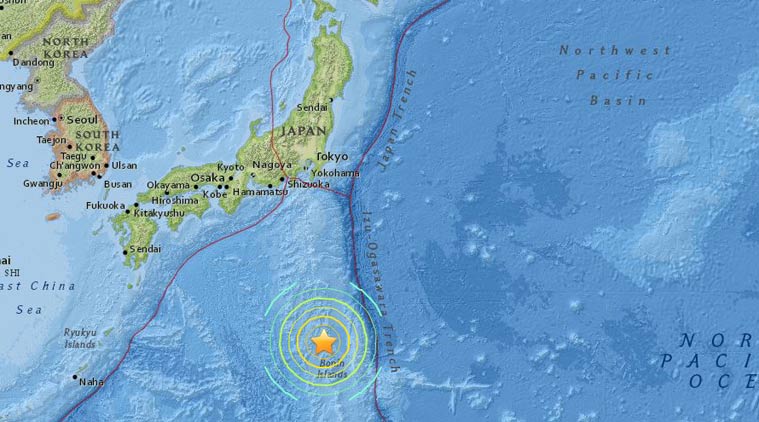 Scientists refer to these type of quakes as deep-focus earthquakes, which are rare and aren’t supposed to be able to happen.

Earthquakes have been used distinctively by God to highlight some of the most important events of the Bible. The three main purposes for Biblical earthquakes are judgment, deliverance, and communication. The lesson is obvious—God does not do anything really big without emphasizing it with an earthquake. Nevertheless, the following fact is a surety: the whole creation groaneth and travaileth in pain together until now.

Romans 8:23-25—And not only they, but ourselves also, who have the firstfruits of the Spirit, even we ourselves groan within ourselves, waiting for the adoption, to wit, the redemption of our body. For we are saved by hope; but hope that is seen is not hope, for what a man seeth, why doth he yet hope for it?  But if we hope for that which we see not, then do we with patience wait for it.

By no means am I propagating an “Escapism,” mentality here. However, it is clear that prophetic events are escalating and accelerating at a breakneck speed. But I will tell you this……As we await the redemption of our bodies, our patient awaiting is soon about to be appeased. Can I get a a witness???