As the seven year period otherwise known as the Tribulation is looming in the near horizon, according to the Bible it is of a surety that as God ultimately re-directs His attention back to the Nation of Israel that the Jews will rebuild the temple at that time. It also is very probable that it may be the Two Witnesses who will begin the re-institution of the daily sacrifices and oblations. 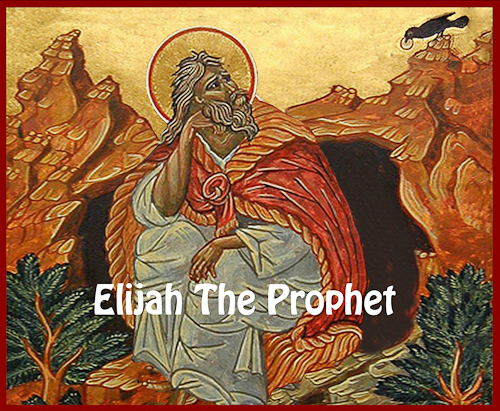 Revelation 12:1-12-—And there was given me a reed like unto a rod: and the angel stood, saying, Rise, and measure the temple of God, and the altar, and them that worship therein. 2 But the court which is without the temple leave out, and measure it not; for it is given unto the Gentiles: and the holy city shall they tread under foot forty and two months. 3 And I will give power unto my two witnesses, and they shall prophesy a thousand two hundred and threescore days, clothed in sackcloth. 4 These are the two olive trees, and the two candlesticks standing before the God of the earth. 5 And if any man will hurt them, fire proceedeth out of their mouth, and devoureth their enemies: and if any man will hurt them, he must in this manner be killed. 6 These have power to shut heaven, that it rain not in the days of their prophecy: and have power over waters to turn them to blood, and to smite the earth with all plagues, as often as they will. 7 And when they shall have finished their testimony, the beast that ascendeth out of the bottomless pit shall make war against them, and shall overcome them, and kill them. 8 And their dead bodies shall lie in the street of the great city, which spiritually is called Sodom and Egypt, where also our Lord was crucified. 9 And they of the people and kindreds and tongues and nations shall see their dead bodies three days and an half, and shall not suffer their dead bodies to be put in graves. 10 And they that dwell upon the earth shall rejoice over them, and make merry, and shall send gifts one to another; because these two prophets tormented them that dwelt on the earth. 11 And after three days and an half the spirit of life from God entered into them, and they stood upon their feet; and great fear fell upon them which saw them. 12 And they heard a great voice from heaven saying unto them, Come up hither. And they ascended up to heaven in a cloud; and their enemies beheld them.

Matthew 17:1-9—And after six days Jesus taketh Peter, James, and John his brother, and bringeth them up into an high mountain apart, 2 And was transfigured before them: and his face did shine as the sun, and his raiment was white as the light. 3 And, behold, there appeared unto them Moses and Elias talking with him. 4 Then answered Peter, and said unto Jesus, Lord, it is good for us to be here: if thou wilt, let us make here three tabernacles; one for thee, and one for Moses, and one for Elias. 5 While he yet spake, behold, a bright cloud overshadowed them: and behold a voice out of the cloud, which said, This is my beloved Son, in whom I am well pleased; hear ye him. 6 And when the disciples heard it, they fell on their face, and were sore afraid. 7 And Jesus came and touched them, and said, Arise, and be not afraid. 8 And when they had lifted up their eyes, they saw no man, save Jesus only. 9 And as they came down from the mountain, Jesus charged them, saying, Tell the vision to no man, until the Son of man be risen again from the dead.

The resuscitation and ascension of Almighty God’s Two Witnesses before a “post-Rapture,” demonically driven, godless world and Israel will confirm without any doubt and validate their 3 1/2 year ministry. I want to once again reiterate that before the two witnesses are revealed on the earth the Church must be raptured.

Having said that, a very interesting report has surfaced out of Israel perhaps may be one step closer to the revealing of one of the the two witnesses…….

On the morning of Tuesday, June 9, Israeli mystic Rabbi Amram Vaknin, led a prayer service at the Cave of Elijah the Prophet in Haifa, Israel, along with approximately 30 Jewish men and 30 Jewish women, to pray for the welfare of the Jewish people.

Gil Nachman, an aide to the Rabbi and an eyewitness, told Breaking Israel News that at approximately 11:30 AM, Rabbi Amram Vaknin suddenly fell to the ground, into the mud and water on the floor of the cave.

The rabbi received a message for the Jewish people from Eliyahu haNavi (Elijah the Prophet) that there is a decree from Heaven that war will be starting in the south of Israel, will move to the north of Israel and will continue inside of Israel. Thousands of people will die, God-forbid.”

I want to go on record to state that I am leery of Biblical figures “appearing,” to people and talking to them. The only recorded event in which the spirit of a deceased person was brought back to speak to the living was when King Saul consulted the witch at Endor and the spirit of the prophet Samuel appeared and spoke to Saul:

1 Samuel 28:7-20—Then said Saul unto his servants, Seek me a woman that hath a familiar spirit, that I may go to her, and enquire of her. And his servants said to him, Behold, there is a woman that hath a familiar spirit at Endor. And Saul disguised himself, and put on other raiment, and he went, and two men with him, and they came to the woman by night: and he said, I pray thee, divine unto me by the familiar spirit, and bring me him up, whom I shall name unto thee. And the woman said unto him, Behold, thou knowest what Saul hath done, how he hath cut off those that have familiar spirits, and the wizards, out of the land: wherefore then layest thou a snare for my life, to cause me to die? And Saul sware to her by the Lord, saying, As the Lord liveth, there shall no punishment happen to thee for this thing. Then said the woman, Whom shall I bring up unto thee? And he said, Bring me up Samuel. And when the woman saw Samuel, she cried with a loud voice: and the woman spake to Saul, saying, Why hast thou deceived me? for thou art Saul. And the king said unto her, Be not afraid: for what sawest thou? And the woman said unto Saul, I saw gods ascending out of the earth. And he said unto her, What form is he of? And she said, An old man cometh up; and he is covered with a mantle. And Saul perceived that it was Samuel, and he stooped with his face to the ground, and bowed himself. And Samuel said to Saul, Why hast thou disquieted me, to bring me up? And Saul answered, I am sore distressed; for the Philistines make war against me, and God is departed from me, and answereth me no more, neither by prophets, nor by dreams: therefore I have called thee, that thou mayest make known unto me what I shall do.Then said Samuel, Wherefore then dost thou ask of me, seeing the Lord is departed from thee, and is become thine enemy?And the Lord hath done to him, as he spake by me: for the Lord hath rent the kingdom out of thine hand, and given it to thy neighbour, even to David: Because thou obeyedst not the voice of the Lord, nor executedst his fierce wrath upon Amalek, therefore hath the Lord done this thing unto thee this day. Moreover the Lord will also deliver Israel with thee into the hand of the Philistines: and to morrow shalt thou and thy sons be with me: the Lord also shall deliver the host of Israel into the hand of the Philistines. Then Saul fell straightway all along on the earth, and was sore afraid, because of the words of Samuel: and there was no strength in him; for he had eaten no bread all the day, nor all the night.

Deuteronomy 18:10-12-–There shall not be found among you anyone who makes his son or his daughter pass through the fire, one who uses divination, one who practices witchcraft, or one who interprets omens, or a sorcerer, or one who casts a spell, or a medium, or a spiritist, or one who calls up the dead. For whoever does these things is detestable to the LORD; and because of these detestable things the LORD your God will drive them out before you.

Isaiah 8:19–When they say to you, Consult the mediums and the spiritists who whisper and mutter, should not a people consult their God? Should they consult the dead on behalf of the living?

However, keep in mind that Elijah never died and he indeed is one of the two witnesses who will appear to the nation of Israel during the Tribulation period.

All Jewish people throughout the world are being urgently requested to unite, to pray together in groups, to fast and to give charity in order to avert this decree. Jews are being urged to direct the power of their prayer to beg God to have mercy on the Jewish nation.

Furthermore , according to Nachman, people are being asked to re-evaluate and correct their character traits, their fear of Heaven and to improve their interpersonal interactions, in order to change the decree in Heaven. Of interesting note is the fact that the location where this message was received by Rabbi Vaknin is of utmost significance. The cave is the very place where God spoke to Elijah when he was hiding from King Ahab and Queen Jezebel.

Folks, many Bible prophecy teachers have been saying that the Rapture is near. Many have been saying that the Anti-Christ is alive and about to appear on the world scene. The Bible has mentioned that there will be two witnesses during the tribulation period and one of them is indeed Elijah. Even in Jewish tradition, it will be Elijah the Prophet who announces the ultimate redemption of the Jewish people.
And now we get this report??? Much is happening and it is happening quickly. He that hath an ear let Him hear what the Spirit sayeth unto the churches…….

Please view the following posts for relative insight in reference to this post: