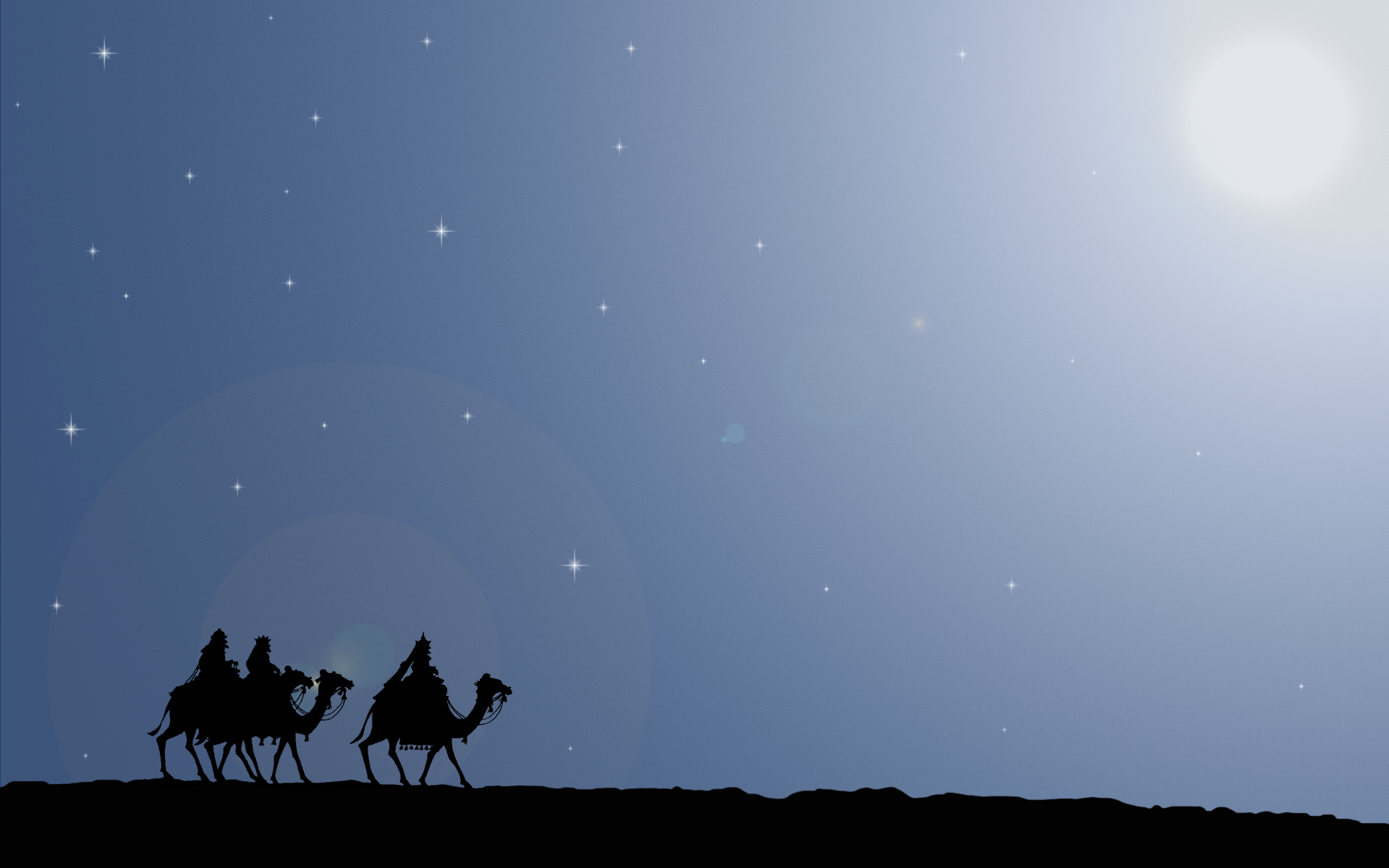 Matthew 2:1-10-–Now when Jesus was born in Bethlehem of Judaea in the days of Herod the king, behold, there came wise men from the east to Jerusalem, Saying, Where is he that is born King of the Jews? for we have seen his star in the east, and are come to worship him.When Herod the king had heard these things, he was troubled, and all Jerusalem with him.  And when he had gathered all the chief priests and scribes of the people together, he demanded of them where Christ should be born. And they said unto him, In Bethlehem of Judaea: for thus it is written by the prophet, And thou Bethlehem, in the land of Juda, art not the least among the princes of Juda: for out of thee shall come a Governor, that shall rule my people Israel. Then Herod, when he had privily called the wise men, enquired of them diligently what time the star appeared.  And he sent them to Bethlehem, and said, Go and search diligently for the young child; and when ye have found him, bring me word again, that I may come and worship him also. When they had heard the king, they departed; and, lo, the star, which they saw in the east, went before them, till it came and stood over where the young child was. When they saw the star, they rejoiced with exceeding great joy.

It has been estimated that the first advent of Jesus Christ occurred approximately 2,ooo years ago. Interestingly enough, after an absence of roughly 2000 years the Star of Bethlehem will be making an appearance in our night skies on June 30, 2015. That would be tonight. We will then officially be moving past the mid-point of what has already been what I believe a very pivotal year of prophetic fulfillment which is 2015.

This has been referred to this as  “The Star of Bethlehem” conjunction because the planets Jupiter and Venus did something similar near the star Regulus in 3-2 B.C. Many astronomers also allude to the fact this very well may be the very ancient celestial event that was recorded in the Bible’s Gospel of Matthew.

During this conjunction, Jupiter and Venus came within 1/100 of a degree of each other, becoming indistinguishable to the naked eye.

Venus and Jupiter are the brightest celestial objects after the Sun and Moon. 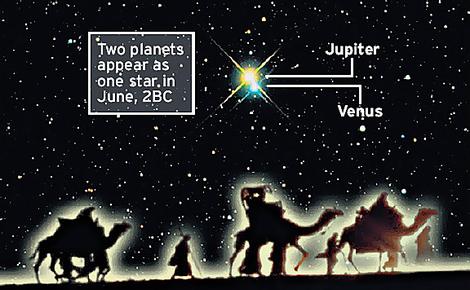 What could this possibly mean?

Matthew 24:29-38—Immediately after the tribulation of those days shall the sun be darkened, and the moon shall not give her light, and the stars shall fall from heaven, and the powers of the heavens shall be shaken: And then shall appear the sign of the Son of man in heaven: and then shall all the tribes of the earth mourn, and they shall see the Son of man coming in the clouds of heaven with power and great glory. And he shall send his angels with a great sound of a trumpet, and they shall gather together his elect from the four winds, from one end of heaven to the other.  Now learn a parable of the fig tree; When his branch is yet tender, and putteth forth leaves, ye know that summer is nigh:  So likewise ye, when ye shall see all these things, know that it is near, even at the doors. Verily I say unto you, This generation shall not pass, till all these things be fulfilled. Heaven and earth shall pass away, but my words shall not pass away. But of that day and hour knoweth no man, no, not the angels of heaven, but my Father only. But as the days of Noah were, so shall also the coming of the Son of man be. For as in the days that were before the flood they were eating and drinking, marrying and giving in marriage, until the day that Noe entered into the ark, And knew not until the flood came, and took them all away; so shall also the coming of the Son of man be.

I am convinced that everything that happens is a direct fulfillment of Bible prophecy. In the above mentioned Scriptures, the Lord wanted to instruct His disciples on the matter of His second coming, and He specifically spoke of it in these verses in Matthew 24, let alone the entire chapter.

Here, in very clear, concise, straightforward, understandable terms, the Lord Himself tells us about the greatest event in anticipation of any believer, and that is the second coming of Jesus Christ. Since that time, believers have had hearts filled with hope through all of the history of the church, looking for the coming of the Lord Jesus Christ. He came once, He will come again. Now a sign in the heavens (Bethlehem Star) was seen at His first coming. Notice what precedes His Second Coming:

Numbers 24:15-19—And he took up his parable, and said, Balaam the son of Beor hath said, and the man whose eyes are open hath said: He hath said, which heard the words of God, and knew the knowledge of the most High, which saw the vision of the Almighty, falling into a trance, but having his eyes open: I shall see him, but not now: I shall behold him, but not nigh: there shall come a Star out of Jacob, and a Sceptre shall rise out of Israel, and shall smite the corners of Moab, and destroy all the children of Sheth. And Edom shall be a possession, Seir also shall be a possession for his enemies; and Israel shall do valiantly.  Out of Jacob shall come he that shall have dominion, and shall destroy him that remaineth of the city.

Notice that the latter portion of the Scriptures above clearly allude to the return of the LORD when he comes to judge the nations. Nothing is happening in this world that is beyond God’s knowledge of it.

The modern born-again Christians have focused so much on God’s love that they have largely forgotten that it is bound up with his judgment and righteousness. The LORD has stated categorically that he will come and defend his people. The church does not truly understand the Messiah in his role as King and Conqueror. Many believe that is the Church triumphant that will usher in the return of the LORD. They confuse the meekness of Christ in his First Coming with the judgment of Christ in his Second Coming. They find it hard to accept that the Lamb will dispense bloody judgment on a truly grand scale.

The world is very much fulfilling God’s historical plan. When it’s all said and done have to ask yourself: Where are you? Ultimately one’s eternal destiny is at stake. Are you going to be a part of the disaster that is forthcoming here or a part of the glory there? It’s your choice. By God’s grace as the Holy Spirit prompts your heart, I pray you will respond to the Savior………..Yet another sign tonight is confirming the signs of the times.