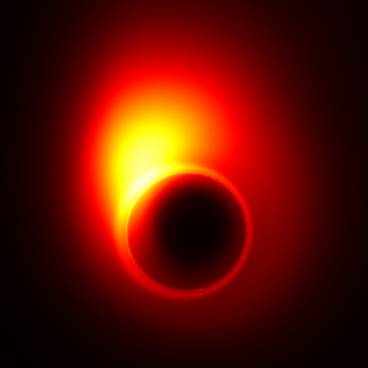 –a theoretical boundary around a black hole beyond which no light or other radiation can escape; a point of no return.

We are fast approaching the month of May and will soon reach the mid-point of 2016.

Even amongst most Orthodox Jews Messianic fervor is intensifying as many are pushing for the rebuilding of a third temple and are longing for what they believe is the imminent advent of the Nesaiah!

Now who exactly is this “messiah” they are waiting for?

Jesus warned the unbelieving masses of his time that there would come a day when they would accept a false messiah as the Christ, while denying the true Christ, Jesus:

John 5:43—I have come in My Father’s name, and you do not receive Me; if another comes in his own name, him you will receive.

I know that the following statement may offend many, however, according to the New Testament when  Jewish Rabbis start professing their declaration for a coming “messiah” what they are truly doing is heralding in the Antichrist—The Son of perdition who will rule the world and usher in a satanic kingdom.

What connection may AntiChrist have with Syria???

With a plethora of daily news regarding Syria in lately, one has to ask if Syria is the same “Assyria” that is mentioned in the Bible. The answer is no from a political perspective. The modern state of Syria was formed after World War I and became independent after World War II.

However, there are historical connections to ancient Assyria, including some similar territory. Historically, speaking Assyria was one of the Great Mesopotamian powers along with the Babylonians and the nearby Persians. The areas they occupied are roughly close to the borders of modern day Syria (Assyria), Iraq (Babylon) and Iran (Persia). 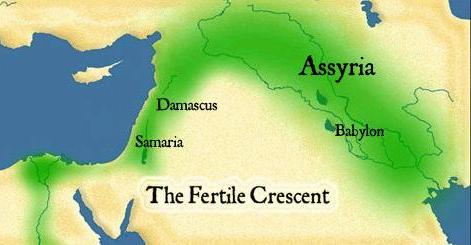 Assyria in particular, was located to the east and Northeast of the Northern Kingdom of Israel stretching into Mesopotamia (the broad plain between the Tigris and Euphrates rivers).

Just last year, Turkey and Saudi Arabia, have been actively engaged in high-level talks with the goal of possibly creating a joint military alliance to oust Syrian President Bashar Assad. Today the prime minister of Turkey is Recep Tayyip Erdogan. Today the Turkish army is on the Syrian border. Syria, however, apparently seems to be supported by Iran. Again keep in mind that BOTH opposing countries also have differing religious beliefs. There is speculation that Turkey may want to ultimately re-establish the Ottoman Empire. However, it is very possible that a major war between Shi’ite and Sunnis may be on the horizon with the victor claiming superiority in Islam. That being said, who will be the leader? 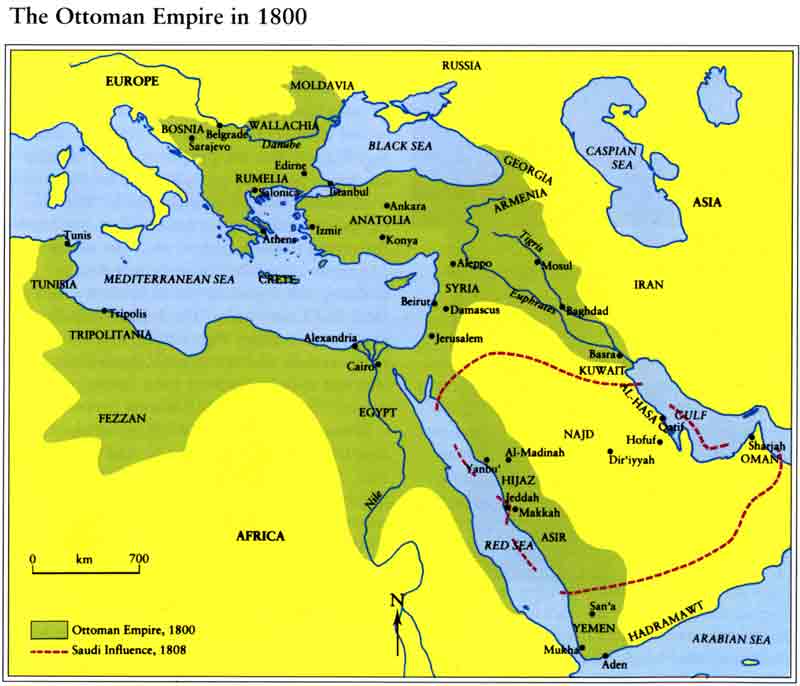 It is painfully obvious now that the final days of the Ba’athist al-Assad regime, and of Syria are upon her. It is being reported that currently, there is significant military pressure being placed upon the faltering Syrian Ba’athist regime of Bashar al-Assad and the city of Damascus by an array of Sunni Jihadist militias.

Thus, a military disaster of grave magnitude appears to be in the near future for Damascus:

Jeremiah 49:23-27—Concerning Damascus. Hamath is confounded, and Arpad: for they have heard evil tidings: they are fainthearted; there is sorrow on the sea; it cannot be quiet. Damascus is waxed feeble, and turneth herself to flee, and fear hath seized on her: anguish and sorrows have taken her, as a woman in travail. How is the city of praise not left, the city of my joy! Therefore her young men shall fall in her streets, and all the men of war shall be cut off in that day, saith the Lord of hosts.And I will kindle a fire in the wall of Damascus, and it shall consume the palaces of Benhadad.

Isaiah 17:1-3a—The burden of Damascus. Behold, Damascus is taken away from being a city, and it shall be a ruinous heap. The cities of Aroer are forsaken: they shall be for flocks, which shall lie down, and none shall make them afraid. The fortress also shall cease from Ephraim, and the kingdom from Damascus, and the remnant of Syria;

Damascus is the capital of Syria and its second largest city, with about 2.6 million people in the metropolitan area. Today Syria is in the midst of a civil war. As a continuation of Arab Spring, as leaders are being ousted and replaced, there is also a movement to oust Syrian President Bashar Assad. Damascus has already suffered a great deal of damage, but according the above mentioned Scriptures, Damascus will be taken away from being a city. Today, fighting in Damascus is on the rise.

It is being reported that The United Nations and United States leadership want Syrian President Assad gone. It also appears as if Russia and Iraq want Assad to stay. The United States have pushing for Middle Eastern led military action. The US, UN, Britain, France, Saudi Arabia, Turkey, and other world powers are pushing for an escalation of force to oust the Syrian President.

Talk of a military conflict between Israel and Iran is also on the rise. In Ezekiel 38 a Russian led invasion into Israel is described. Russia is Joined by Iran, Turkey, Ethiopia/Sudan (Cush), and Libya.

Ezekiel 38:1-10—And the word of the Lord came unto me, saying, Son of man, set thy face against Gog, the land of Magog, the chief prince of Meshech and Tubal, and prophesy against him, And say, Thus saith the Lord God; Behold, I am against thee, O Gog, the chief prince of Meshech and Tubal: And I will turn thee back, and put hooks into thy jaws, and I will bring thee forth, and all thine army, horses and horsemen, all of them clothed with all sorts of armour, even a great company with bucklers and shields, all of them handling swords: Persia, Ethiopia, and Libya with them; all of them with shield and helmet: Gomer, and all his bands; the house of Togarmah of the north quarters, and all his bands: and many people with thee. Be thou prepared, and prepare for thyself, thou, and all thy company that are assembled unto thee, and be thou a guard unto them. After many days thou shalt be visited: in the latter years thou shalt come into the land that is brought back from the sword, and is gathered out of many people, against the mountains of Israel, which have been always waste: but it is brought forth out of the nations, and they shall dwell safely all of them. Thou shalt ascend and come like a storm, thou shalt be like a cloud to cover the land, thou, and all thy bands, and many people with thee.

It is worth noticing to see who may be the next leader in Assyria. There are several allusions to the Anti-Christ mentioned in the Bible and according to the Bible, in the following passages, he is referred to as the “Assyrian”:

Isaiah 10:5 :O Assyrian, the rod of mine anger, and the staff in their hand is mine indignation.

Isaiah 10:24 : Therefore thus saith the Lord GOD of hosts, O my people that dwellest in Zion, be not afraid of the Assyrian: he shall smite thee with a rod, and shall lift up his staff against thee, after the manner of Egypt.

Isaiah 30:31 For through the voice of the LORD shall the Assyrian be beaten down, which smote with a rod.

Micah 5:5 And this man shall be the peace, when the Assyrian shall come into our land;

Micah 5:6 And they shall waste the land of Assyria with the sword, and the land of Nimrod in the entrances thereof: thus shall he deliver us from the Assyrian, when he cometh into our land, and when he treadeth within our borders.

Many of the Shi’ite leaders in Iran hold fast to the notion that the Syrian revolution could be the catalyst for sparking a worldwide conflagration that will usher in the arrival of the Mahdi. They also believe that the Mahdi will lead a global revolution and establish a worldwide Islamic empire and rule the earth as the final Caliph of Islam.

The Turkish army is amassed along the Syrian border today. If Turkey attacks Syria will it then turn south to invade Israel? Who will be the next leader of Syria?

2 Thessalonians 2:1-12-–Now, brethren, concerning the coming of our Lord Jesus Christ and our gathering together to Him, we ask you,  not to be soon shaken in mind or troubled, either by spirit or by word or by letter, as if from us, as though the day of Christ[a] had come. Let no one deceive you by any means; for that Day will not come unless the falling away comes first, and the man of sin[b] is revealed, the son of perdition, who opposes and exalts himself above all that is called God or that is worshiped, so that he sits as God[c] in the temple of God, showing himself that he is God.

Do you not remember that when I was still with you I told you these things?  And now you know what is restraining, that he may be revealed in his own time.  For the mystery of lawlessness is already at work; only He[d] who now restrains will do so until He is taken out of the way.  And then the lawless one will be revealed, whom the Lord will consume with the breath of His mouth and destroy with the brightness of His coming.  The coming of the lawless one is according to the working of Satan, with all power, signs, and lying wonders,  and with all unrighteous deception among those who perish, because they did not receive the love of the truth, that they might be saved.  And for this reason God will send them strong delusion, that they should believe the lie,  that they all may be condemned who did not believe the truth but had pleasure in unrighteousness. 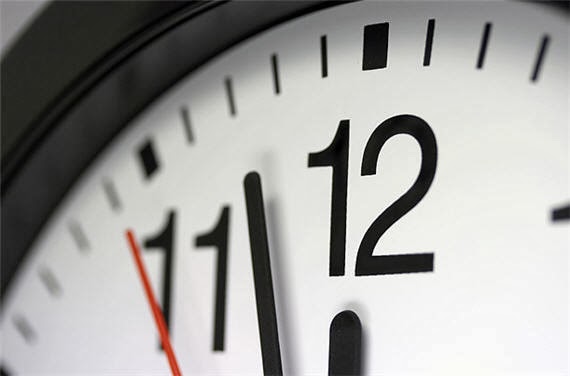 I truly believe that as the Holy Spirit is preparing the true Church for the Imminent Return of the LORD, consequently, the spirit of lawlessness is paving the way for the man of lawlessness to be revealed. This can be evidenced by the moral slide that has taken in place in the U. S. alone Since the summer of 2015.

2 Thessalonians 2:7—For the mystery of lawlessness is already at work; only He who now restrains will do so until He is taken out of the way.

Regarding the end of times, it is important to develop a knowledgeable perspective when viewing current events unfolding in the Middle East. I have stated before that it seems as if there has been an acceleration of prophetic events and even more so in the Middle East. Where it all began is where it all will come to a conclusion with the Return of Jesus Christ which day by day seems to be getting closer and closer and closer…..

We may be approaching an event horizon: the identity of the Anti-Christ may soon be revealed and if he indeed is from Syria, he may emerge in the very near future………..