Just this weekend prophetically significant developments in the Middle East have emerged pertaining to  a major escalation in Syria and it involves Israel AND Iran! 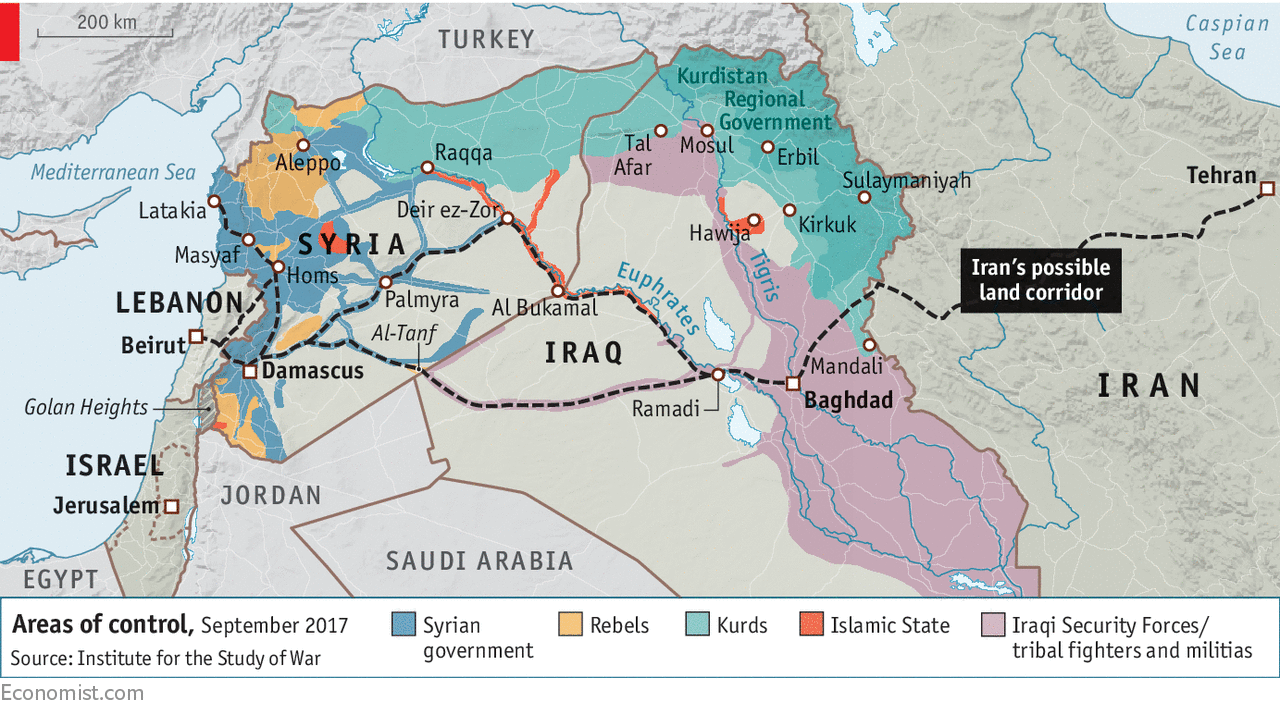 However, the F-16 was shot down by Syrian air defenses and crashed in Northern Israel, east of Haifa.  Both pilots ejected, but were injured,  This was the first time an Israeli manned aircrafy has been shot down in the Syrian confluct.

As a result, Prime MinisterBenjamin Netanyahu called for an emergancy session of his defense chiefs in Tel Aviv. Israel then  responded  with the largest airstrikes in Syria since 1982.  Numerous air defenses and military facilities have been targeted( at least 12 other Iranian and Syrian targets according to the IAF Air Order Of Battle (AOOB). Several of these facilities were either in or near the vicinity of Damascus. The heavy fire between Syria and Israel continued to escalate, with Israel promising to exact a heavy price from Syria and Iran. It is very likely that Isaiah 17 could literally come to pass and ultimately the prophetic fulfillment of Ezekiel 38-39 is not that far behind.

Isaiah 17: 1-4 & 14–The burden of Damascus. Behold, Damascus is taken away from being a city, and it shall be a ruinous heap. 2 The cities of Aroer are forsaken: they shall be for flocks, which shall lie down, and none shall make them afraid. 3 The fortress also shall cease from Ephraim, and the kingdom from Damascus, and the remnant of Syria: they shall be as the glory of the children of Israel, saith the Lord of hosts. 4 And in that day it shall come to pass, that the glory of Jacob shall be made thin, and the fatness of his flesh shall wax lean.  14 And behold at eveningtide trouble; and before the morning he is not. This is the portion of them that spoil us, and the lot of them that rob us.

Jeremiah 49: 23-27—Concerning Damascus. Hamath is confounded, and Arpad: for they have heard evil tidings: they are fainthearted; there is sorrow on the sea; it cannot be quiet. 24 Damascus is waxed feeble, and turneth herself to flee, and fear hath seized on her: anguish and sorrows have taken her, as a woman in travail. 25 How is the city of praise not left, the city of my joy! 26 Therefore her young men shall fall in her streets, and all the men of war shall be cut off in that day, saith the Lord of hosts.27 And I will kindle a fire in the wall of Damascus, and it shall consume the palaces of Benhadad.

Just yesterday, it was also being reported  that Israel is sending ground troops and other reinforcements to the Golan front. If you look at the map bove, this is the Golan Height and one of teh most strategic miltary defense points in Israel not far from the Syrian border.

Yahya Sinwar, the leader of Hamas in Gaza, reportedly stated that war with Israel was likely to erupt within the next few days and this was just last week:

Hezbollah sees the downing of the F-16 as a major steppingstone to ultimately defeating Israel. To make matters more complicated, the air defense network used against the Israeli Air Force Sufa’s is controlled through Russian forces Air Defense Head Quarters at Hmeimim Air Base. This means Russia may have took part in the ambush.

Russia has asked Israel to cool off and it is now being reported the Prime Minister Benjmin Netanyahu may resign this week due to allegations of corruption. Whether this really happens remains to be seen. It must be noted, the Benjamin Netanyahu is seen as a major thorn in the development of a Two-State solution and that his removal could open the door to a more liberal-minded Zionist Leader willing to agree to a Two-state deal.

These developments ocurring just months removed from the 7oth anniversary of Israel becoming a nation (May 14, 1948) is no coincidence at all. The pieces of this prophetic puzzle are rapidly coming together and the 70th Week of Danel is fast approaching…….