If you are a student of Bible prophecy and/or if you have ever visited this sight, many of the blogs written on this website inform the reader of current events that are transpiring in our world today as examined in the light of Biblical Scriptures…..henceforth,  Bible prophecy for today.

When the New Testament commands us to “watch,” it is usually the translation of one of two Greek word (gregoreuo and agrupneo ), which have similar meanings—to “stay awake” and to “not sleep” or rather to be sleepless.” They are usually meant in the metaphorical and spiritual sense—to be vigilant and on guard, fully awake, aware, alert and intently focused—with several applications and implications.

1 Corinthians 15:34— Awake to righteousness, and sin not; for some have not the knowledge of God: I speak this to your shame.

Being “awake,”is synonymous with righteousness and not sinning. The apostle Paul Paul was writing to the church at Corinth, which means that even true Christians can be spiritually asleep to varying degrees.

Romans 13:11-12—And that, knowing the time, that now it is high time to awake out of sleep: for now is our salvation nearer than when we believed.12 The night is far spent, the day is at hand: let us therefore cast off the works of darkness, and let us put on the armour of light.

In other words, the closer we draw to the second coming of Christ, the more urgent it is that we awake out of spiritual sleep. We are clearly living in the last of the last days as the Church Age is rapidly coming to a close and the 7-Year tribulation period, also known as the Time of Jacob’s Trouble and the 70th Week of Daniel is on the cusp of actually becoming a reality. Yes, we are that close folks!!! If ever there was a time to pay attention and get prepared, it is now! 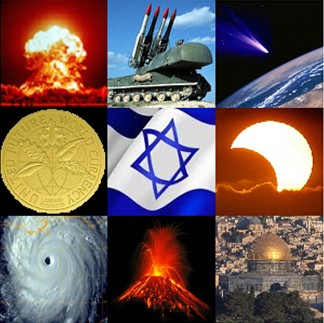 To know where to focus our attention, we particularly need to know the Bible prophecies of the end time, especially the prophecies surrounding the second coming of Christ.

We are to “eagerly wait for” Christ’s return, not just passively wait around. Jesus was emphatic that His followers should hope for His return, expect His return and pray for His return! In addition, our enthusiastic anticipation and excitement will or SHOULD  intensify as we see more and more world events fulfilling Bible prophecies—especially those that point to the increasing nearness of Christ’s return.

Luke 12:35-47—-Let your loins be girded about, and your lights burning; 36 And ye yourselves like unto men that wait for their lord, when he will return from the wedding; that when he cometh and knocketh, they may open unto him immediately. 37 Blessed are those servants, whom the lord when he cometh shall find watching: verily I say unto you, that he shall gird himself, and make them to sit down to meat, and will come forth and serve them. 38 And if he shall come in the second watch, or come in the third watch, and find them so, blessed are those servants. 39 And this know, that if the goodman of the house had known what hour the thief would come, he would have watched, and not have suffered his house to be broken through. 40 Be ye therefore ready also: for the Son of man cometh at an hour when ye think not. 41 Then Peter said unto him, Lord, speakest thou this parable unto us, or even to all? 42 And the Lord said, Who then is that faithful and wise steward, whom his lord shall make ruler over his household, to give them their portion of meat in due season? 43 Blessed is that servant, whom his lord when he cometh shall find so doing. 44 Of a truth I say unto you, that he will make him ruler over all that he hath.45 But and if that servant say in his heart, My lord delayeth his coming; and shall begin to beat the menservants and maidens, and to eat and drink, and to be drunken; 46 The lord of that servant will come in a day when he looketh not for him, and at an hour when he is not aware, and will cut him in sunder, and will appoint him his portion with the unbelievers. 47 And that servant, which knew his lord’s will, and prepared not himself, neither did according to his will…….

I have always stated that the closer we get to the return of the LORD, the faster events will unfold.

Ever since Easter/Resurrection Sunday, so much has transpired that I do not even know where to begin: Less the 24 hours ago Syria was accused of launching a chemical attack on the town of Dhouma. This is actually one part of a region surrounding Damascus city on its eastern and southern sides. Within the eastern sector is the Douma district Just south of Douma (also Duma) in the countryside is  al-Bahariyah, a village 12 miles east of the center of Damascus City. As a result of this attack is the United States., the United Kingdom and France have been moving towards a joint strike to punish Bashar Al-Assad. This strike could occur at any moment. And then things could change drastically in Syria.

If you recall, Saddam Hussein also released Chemical weapons on the Kurds and this ultimately led to the Persian Gulf war. Now if the U.S, the U.K and France can join together to attack Syria, what will stop Russia, Iran and Turkey from attacking Israel? I am clearly referencing Ezekiel 38-39 here, but let me not get ahead of myself here.

The situation in Syria is escalating even as I write this post.  Some reports suggest that U.S. strikes have already begun and Syrian president Bashar Assad’s forces are fleeing the southern border. President Trump has warned Russia not to interfere. Russia responded stating that they will shoot down U.S. missiles.

Meanwhile, Israel has warned that she is attacked by Iran from Syrian soil, Israel will retaliate and overthrow President Assad. Moscow and Tehran have vowed to retaliate for what Israelhas done in Syria:

To make matters even more interesting, it is now being reported that North Korea may have built underground military bases in…..wait for it……….Syria:

The key point to understand is this:

The key nations in the Ezekiel 38-39 Russian led invasion of Israel are now opposing each other in Syria, just miles away from the Golan Heights, which belongs to Israel. These are the nations whose forces are already in Syria as of today: Russia, Iran, Turkey and Israel. Turkey has invaded Syria in the northern part of Syria, in an effort to defeat the Kurdish army.

Syria is not mentioned in Ezekiel 38-39 prophecy and neither is North Korea. Either way, many Bible scholars conclude that, perhaps, Syria will be destroyed as a sovereign nation before the invasion of Israel begins.

It is very obvious that the current developments are preparing this coalition led by Russia, Iran and Turkey to execute an  attempted strike on Israel.

The Lord’s Word proclaims a series of ‘latter days’ events leading to the second coming of Jesus Christ and the establishment of His Kingdom upon the earth in this generation. It is High time to awake!