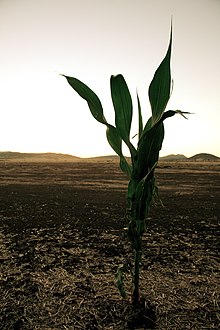 In the late 1980’s, there was a movie about an Iowa corn farmer who hears a voice telling him: “If you build it, he will come.” He interprets this as an instruction to build a baseball diamond in his fields. As he takes heed to this instruction, Shoeless Joe Jackson and other dead baseball players emerge from the cornfields to play baseball. The film went on to be a successful one representing one of North America’s famous pastimes, which is baseball.

Let’s fast forward to now and look at this phrase from a Biblical perspective. There has been a common saying among Jewish Rabbis that was recently modified. It was originally believed by many Jewish Rabbis that “…when the Meshiach will come, the temple will be built!” This of course is in reference to the rebuilding of a third temple in Israel.

The first temple built in Jerusalem was a crowning achievement of King Solomon during his reign as the King of Israel. He was responsible for the construction of the magnificent Temple in the capital city of ancient Israel, which was Jerusalem.   An interesting observation to make  here is that when the Temple was completed, Solomon inaugurated it with prayer and sacrifice and even invited non­-Jews to come and pray there. He urged God to pay particular heed to their prayers as well.

1 Kings 8:43—Hear thou in heaven thy dwelling place, and do according to all that the stranger calleth to thee for: that all people of the earth may know thy name, to fear thee, as do thy people Israel; and that they may know that this house, which I have builded, is called by thy name.

The first temple was ultimately destroyed by the Babylonians in  586 BC,

The second temple was eventually built some seventy years later due to an “Aaliyah,” of sorts that was led by the prophets Ezra and Nehemiah. The Second Temple was built on the same site.

Ezra 3:1-11—And when the seventh month was come, and the children of Israel were in the cities, the people gathered themselves together as one man to Jerusalem. 2 Then stood up Jeshua the son of Jozadak, and his brethren the priests, and Zerubbabel the son of Shealtiel, and his brethren, and builded the altar of the God of Israel, to offer burnt offerings thereon, as it is written in the law of Moses the man of God. 3 And they set the altar upon his bases; for fear was upon them because of the people of those countries: and they offered burnt offerings thereon unto the Lord, even burnt offerings morning and evening. 4 They kept also the feast of tabernacles, as it is written, and offered the daily burnt offerings by number, according to the custom, as the duty of every day required; 5 And afterward offered the continual burnt offering, both of the new moons, and of all the set feasts of the Lord that were consecrated, and of every one that willingly offered a freewill offering unto the Lord. 6 From the first day of the seventh month began they to offer burnt offerings unto the Lord. But the foundation of the temple of the Lord was not yet laid. 7 They gave money also unto the masons, and to the carpenters; and meat, and drink, and oil, unto them of Zidon, and to them of Tyre, to bring cedar trees from Lebanon to the sea of Joppa, according to the grant that they had of Cyrus king of Persia. 8 Now in the second year of their coming unto the house of God at Jerusalem, in the second month, began Zerubbabel the son of Shealtiel, and Jeshua the son of Jozadak, and the remnant of their brethren the priests and the Levites, and all they that were come out of the captivity unto Jerusalem; and appointed the Levites, from twenty years old and upward, to set forward the work of the house of the Lord. 9 Then stood Jeshua with his sons and his brethren, Kadmiel and his sons, the sons of Judah, together, to set forward the workmen in the house of God: the sons of Henadad, with their sons and their brethren the Levites. 10 And when the builders laid the foundation of the temple of the Lord, they set the priests in their apparel with trumpets, and the Levites the sons of Asaph with cymbals, to praise the Lord, after the ordinance of David king of Israel. 11 And they sang together by course in praising and giving thanks unto the Lord; because he is good, for his mercy endureth for ever toward Israel. And all the people shouted with a great shout, when they praised the Lord, because the foundation of the house of the Lord was laid.

During the first century B.C. Herod, the Roman appointed head of Judea, made substantial modifications to the Temple and the surrounding mountain, expanding the Temple. The Second Temple, however, met the same fate as the first and was destroyed by theRomans in 70 A.D.

To this very day, Orthodox Jews pray three times a day for the Temple’s restoration.The original phrase mentioned earlier has now been changed to “…when the temple will be rebuilt, then Meshiach will come!”

Over the centuries, the Muslims who eventually took control of Jerusalem built two mosques on the Temple Mount, the site of the two Jewish Temples.  Since any attempt to level these mosques would lead to an international Muslim holy war   against Israel, the Temple cannot be rebuilt in the foreseeable future.

This is all about to change. Look at this video which has been circulating through mainstream Israel and viewed by many:

The real question is who will this person be that will allow for the construction of the Temple. the Bible clearly tells us who:

Daniel 9:27— And he shall confirm the covenant with many for one week: and in the midst of the week he shall cause the sacrifice and the oblation to cease, and for the overspreading of abominations he shall make it desolate, even until the consummation, and that determined shall be poured upon the desolate.

Isaiah 14:12-14 —How art thou fallen from heaven, O Lucifer, son of the morning! how art thou cut down to the ground, which didst weaken the nations! 13 For thou hast said in thine heart, I will ascend into heaven, I will exalt my throne above the stars of God: I will sit also upon the mount of the congregation, in the sides of the north: 14 I will ascend above the heights of the clouds; I will be like the most High.

So where on earth is mount of the congregation in the sides of the north? I’m glad you asked.

Psalms 48:1-2—Great is the Lord, and greatly to be praised in the city of our God, in the mountain of his holiness.2 Beautiful for situation, the joy of the whole earth, is mount Zion, on the sides of the north, the city of the great King.

2 Samuel 5:4-7—David was thirty years old when he began to reign, and he reigned forty years. 5 In Hebron he reigned over Judah seven years and six months: and in Jerusalem he reigned thirty and three years over all Israel and Judah.6 And the king and his men went to Jerusalem unto the Jebusites, the inhabitants of the land: which spake unto David, saying, Except thou take away the blind and the lame, thou shalt not come in hither: thinking, David cannot come in hither.7 Nevertheless David took the strong hold of Zion: the same is the city of David.

You ever wonder why there was such an uproar when President Trump declared that the U.S. Embassy was to be moved to Jerusalem and that Jerusalem is the Capital of Israel. 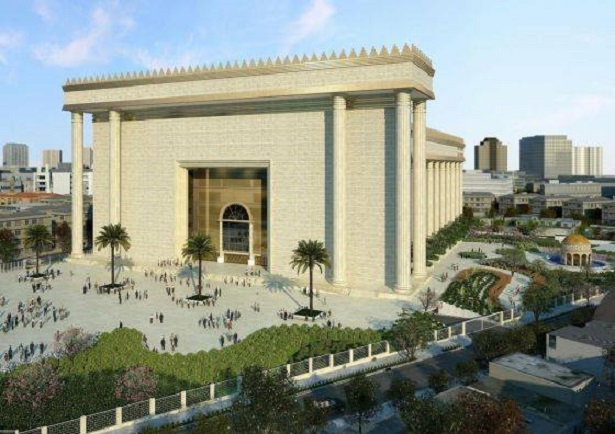 The truth of the matter here is that we are fast approaching the Time of Jacob’s Trouble as the Tribulation period is set to kick off very soon.  After the Rapture of the Church, the  divine wrath of God will ultimately come in response to an   arrogance of the nations against His covenant with Israel, particularly as it touches the question of Israel, Jerusalem and the Temple Mount.

Zechariah 12:2—Behold, I will make Jerusalem a cup of trembling unto all the people round about, when they shall be in the siege both against Judah and against Jerusalem

Joel 3:2—I will also gather all nations, and will bring them down into the valley of Jehoshaphat, and will plead with them there for my people and for my heritage Israel, whom they have scattered among the nations, and parted my land.

Daniel 9:27— And he shall confirm the covenant with many for one week: and in the midst of the week he shall cause the sacrifice and the oblation to cease, and for the overspreading of abominations he shall make it desolate, even until the consummation, and that determined shall be poured upon the desolate.

Matthew 24:15-16—And this gospel of the kingdom shall be preached in all the world for a witness unto all nations; and then shall the end come.15 When ye therefore shall see the abomination of desolation, spoken of by Daniel the prophet, stand in the holy place, (whoso readeth, let him understand:)

Revelation 11:1-2—And there was given me a reed like unto a rod: and the angel stood, saying, Rise, and measure the temple of God, and the altar, and them that worship therein.2 But the court which is without the temple leave out, and measure it not; for it is given unto the Gentiles: and the holy city shall they tread under foot forty and two months.

This is the Eschatological context in which the gospel was first preached for a witness to all nations. It must be so again. The first disciples lived under the shadow of an imminent, age-ending judgment of Jerusalem. So shall it be again.