The Prince of Persia Rising

Daniel 12:4-But thou, O Daniel, shut up the words, and seal the book, even to the time of the end: many shall run to and fro, and knowledge shall be increased.

Jesus stated that the faithful church would know and understand the meaning of certain world events as they would occur. All end-time prophecy is centered on the Book of Daniel. Much of the Book of Revelation is unsealed by examining what is written in the Book of Daniel let alone other Old Testament books of the prophets.

As we enter the Year 2020, although it has been said that 20/20 is a reference to “perfect sight,” & “clear vision,” the Number Twenty in the Bible is associated with war. We are now looking at a double 20. Could this be a year of war?

Deuteronomy 20 is the Torah’s chapter on war. Within it are instructions for a believer who is facing a trailer test on how to win. 2 Chronicles 20 is the Old Testament chapter on how to conduct a successful war campaign. For more insight on this I recommend you read The Divine Code; A Prophetic Encyclopedia of Numbers Vol. I & II, by Steve Ciocollanto.

Just a few days ago on New Year’s Eve, the following took place: Iranian proxy forces stormed the U.S. Embassy in Iraq, setting the compound on Fire and forcing the U.S. Ambassador to Iraq, Matthew Tueller to flee. After the U.S. Ambassador was safely evacuated, several events transpired. President Trump announced that he was not going to allow another Benghazi. Over 4,000 American troops were sent to the Middle East.

But it doesn’t stop there. It is now being reported Iran’s top military commander, Qasem Suleimani, has been assassinated in a U.S. Drone Air Strike. First Iraqi state TV, and then Iran TV too, has announced the death of Iran’s most senior elite military commander, IRGC Quds Force chief Qasem Suleimani. With a possible war looming in the Middle East take a look at the latest U.S. naval deployments as of today: 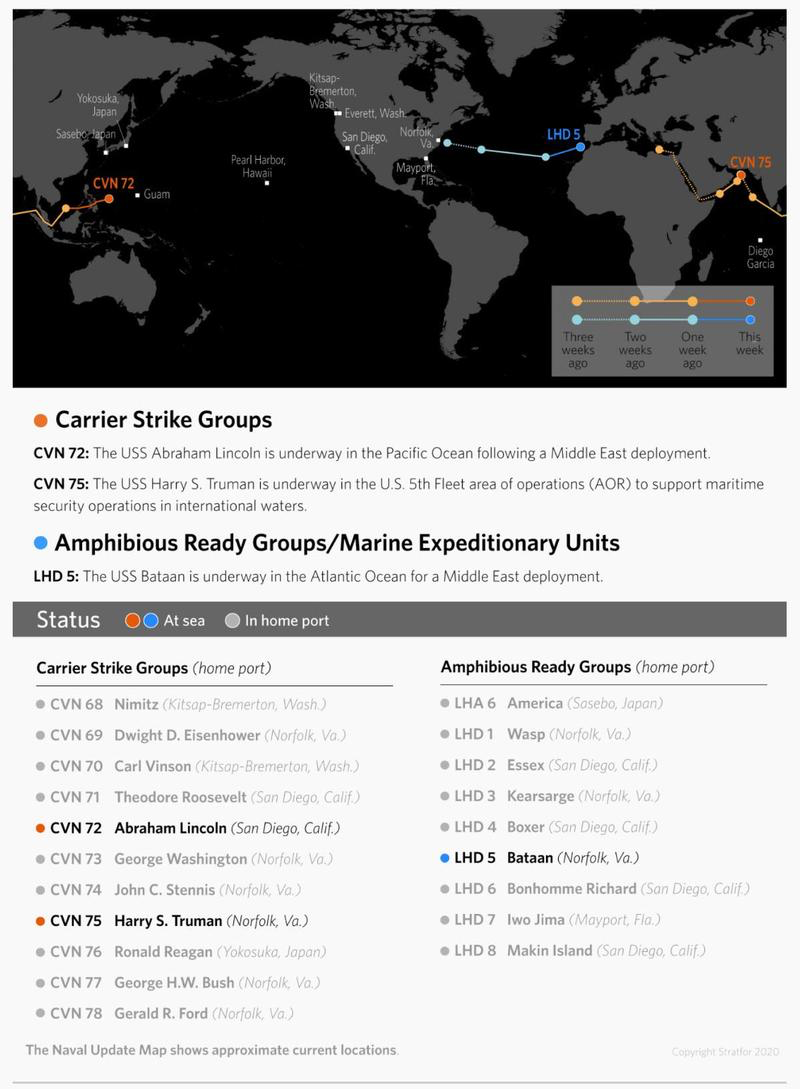 In a statement released by the U.S. Department of Defense it reads:

“…..At the direction of the President, the U.S. military has taken decisive defensive action to protect U.S. personnel abroad by killing Qasem Soleimani, the head of the Islamic Revolutionary Guard Corps-Quds Force, a U.S.-designated Foreign Terrorist Organization. ……..This strike was aimed at deterring future Iranian attack plans. The United States will continue to take all necessary action to protect our people and our interests wherever they are around the world.

Iran has vowed a ‘crushing revenge’ and ‘jihad’ on the United States after an American airstrike this morning killed Tehran’s top general Qassem Soleimani, head of the elite Quds Force, at Baghdad International Airport

Although they are prominently Moslems, Iranians are not Arabs. They are Persians. The actual name of Iran is Persia. The name change took place in the 1930’s.

Anthropologically speaking, Iran comes from the word “Aryan,” Aryans were Indo-Europeans who invaded northern India in the 2nd Millennium B.C., displacing the Dravidian and other aboriginal peoples.  They are not semitic peoples like Jews and Arabs. They are a Germanic people. Persians are of the same anthropological origin as Germans and Austrians. They eventually settled in the near east and their influence was from Northern India by the Indus River to the Fertile Crescent.

Historically, Iran was originally kind and charitable towards Israel. Now, Iran is committed to the very destruction of Israel. Iran will somehow become a threat to the very existence of Israel prior to the return of the LORD. The stage is being set for this. This is and has always been a spiritual battle. 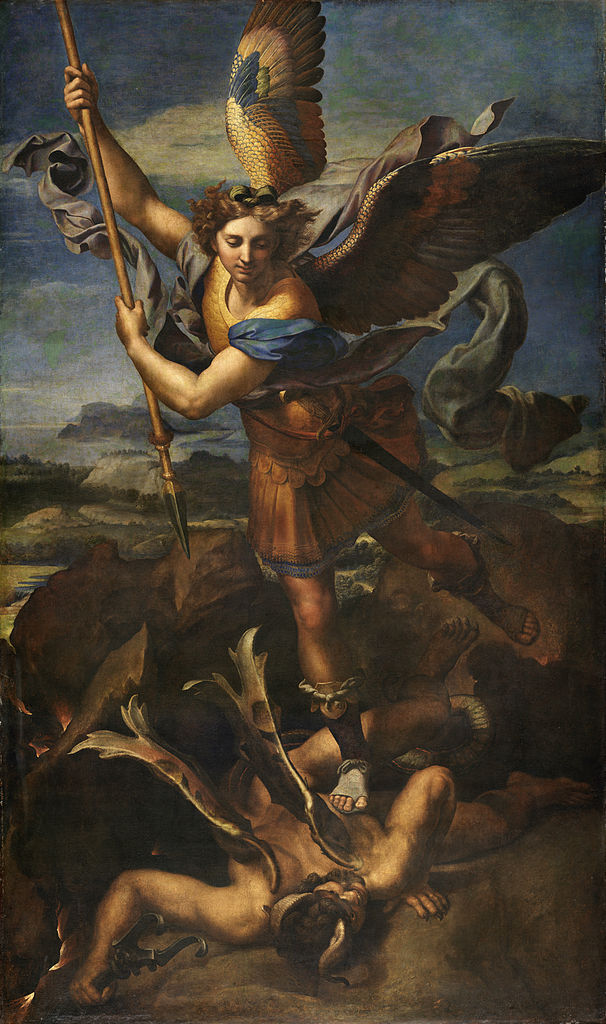 Daniel 1-:12-14-–Then said he unto me, Fear not, Daniel: for from the first day that thou didst set thine heart to understand, and to chasten thyself before thy God, thy words were heard, and I am come for thy words. 13 But the prince of the kingdom of Persia withstood me one and twenty days: but, lo, Michael, one of the chief princes, came to help me; and I remained there with the kings of Persia. 14 Now I am come to make thee understand what shall befall thy people in the latter days: for yet the vision is for many days.

Satan is attempting to destroy Israel and ultimately prevent the return of Jesus Christ from happening. He is now using Iran to try to accomplish this. We need to pray for the people of Iran. Again are battle is not against another race of people. This is a spiritual battle:

Ephesians 6:12—For we wrestle not against flesh and blood, but against principalities, against powers, against the rulers of the darkness of this world, against spiritual wickedness in high places.

President Trump signed an executive order declaring the Jewish people, a nation, has promised to be a viable to Israel and now the U.S. is squarely in the middle of this current situation.

As prophesied in the Bible, something rather earth shaking is about to take place that is ultimately going to shake other nations into conflict as a result.

There is no denying that the same principality of Persia that Daniel saw is driving Fundamentalism Shi’a Moslems who are expecting the Mahdi.

Hitler was able to literally hypnotize masses of people through demonic powers working through him. Remember, principalities operate through personalities.

In both cases, ethnically speaking, it was Aryans. Iran has never been enemies with Israel until now. To be exact things began to change in the 1970’s when the Shah of Iran was overtaken by Ayatollah Khoumeini.

Even Orthodox Jewish Rabbis clearly see Iran as the final empire that will cause much trouble prior to the return of the Messiah. Folks, I am not making this up.

Our prayers may delay the ultimate fulfillment of these end-time events but they cannot prevent them from coming to pass. Remember, God has declared the end from the beginning:

However, it doesn’t seem as if things are slowing down. Every day something is happening. and yet as we have just begun 2020, we are clearly witnessing an acceleration in prophetic fulfillment.

It bears mentioning that in no other religious literature in the world do we find any specific predictive prophecies like we find in the Scriptures. In the Bible there are well over two thousand prophecies, most of which have already been fulfilled.

Though the Bible has been attacked, the one place where God rests His inspiration is that the things He foretells come infallibly to pass: 100% accuracy!!!

I again plea with you to study the Scriptures and accept Jesus Christ as your Lord & Savior while there still remains time.