Behind the Amad Project

Just yesterday, Israeli Prime Minister Benjamin Netanyahu  revealed a cache of files he claims were obtained from Iran from the Mossad in an overnight mission in an attempt to prove that Iran ran a secret program to build nuclear weapons. 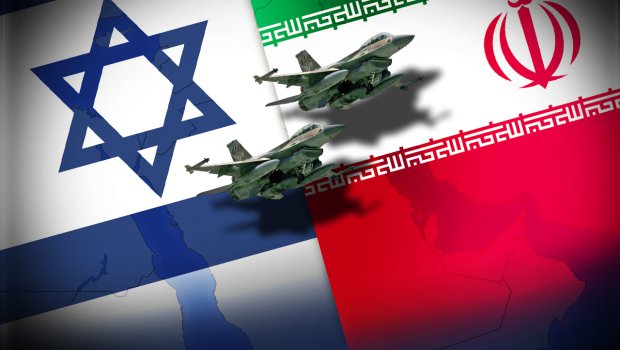 Iranian leaders have been insisting that their nuclear program is strictly for peaceful purposes. But Netanyahu on Monday unveiled tens of thousands of pages of documents that he states refutes those claims. It is being reported that half a ton of documents were taken in this coup.

“Tonight I’m here to tell you one thing. Iran lied, big time,” said Mr. Netanyahu. here is the clip and it is definitely worth a watch:

The real reason for Iran’s development of nuclear weapons has to do with their religious beliefs, specifically speaking of Shi’a Islamic eschatology. The very name of their plan was revealed by Benjamin Netanyahu as “Project Amad”.

If you remove the modernization of the the Farsi language, it should be “Project Amahd. ” AhMahd,” would then be short for “Al-Mahdi.”

When studying Islamic eschatalogy, Al Mahdi is a central figure according to Shi’ite beliefs. Followers of this belief are also referred to as Hojjatieh Society. They are actually anticipating his return. Former Iranian president Mahmoud Ahmadenijad himself was a strong supporter of Al Mahdi and actually claimed to have met him. If you recall this former president Mahmoud Ahmadinejad and the religious clerics were strong supporters in the belief that provoking nuclear war with Israel or America would ultimately quicken the arrival of Al Mahdi.

Followers of the anticiapted messsianic figure, known as Hojjatieh Society, are considered to be a messianic sect of Islam that hope to hasten the advent of Al Mahdi and the coming of the Apocalypse. They also have been referred to as the “Twelvers.” They also make up approximately 85% of Shi’a Islam, thus they are the majority and not the minority. It also bears mentioning that Shi’ites do not get along with Sunni Muslims. Thus, the ironic warming up of Saudi Arabia with Israel. Saudi Arabia does not support the Shi’ite views and are at odds with Iran. Thus, the ancient proverb: “The enemy of my enemy is my friend….”

The Iranian Shi’a Twelvers also believe that a great war must occur in Syria until the country is completely destroyed. Does this explain the intense Iranian infiltration in Syria and their connecteion to the Syrian Civil War??

Watch the clip of Netanyahu’s speech which reveals how close Iran is to acquiring nuclear weaponry.

Furthermore, it is being reported that the mummified remains of former Iranian leader Reza Shah Pahlavi may have been discovered on Monday during construction at a shrine in Shahr-e Ray, south of Tehran.

Afer the 1979 Revolution led by Ayatollah Khoumeni, the tomb was destroyed but his remains were never found. RezaShah Pahlavi symbolizes the type of government most Iranians want. A government that is secular, tolerant and modern. During the nationwide demonstrations that allegedly have continued to take place uninterrupted for weeks, it is his name that is being chanted. Could this be a bad omen for the current regime or could it be a harbinger to war with Israel.

Persia appears very frequently in Jewish eschatalogy. In the Yalkut Shimoni, a compilation of rabbinic commentary on the Bible believed to have been composed in the 13th century, Persia’s role in the end-of-days is outlined in detail:

Rabbi Hillel Weiss, a professor emeritus at Bar Ilan University and spokesman for the nascent Sanhedrin, tstated the following: “Of course Iran has a role in the Third Temple, and it is clear that the Iranians want to be a part of this…..”The year in which Melech Hamashiach (Messiah king) will be revealed, all the nations of the world will be provoking each other…The king of Persia will provoke the King of Arabia. The King of Arabia, will go to Edom to take counsel and the King of Persia will threaten to destroy the entire world. The nations of the world will be outraged and panic. They will fall on their faces and will experience pains like birth pangs. Israel too, will be outraged and in a state of panic ask, “Where do we go?” (Yalkut Shimoni, Isaiah, 60:499)

Is there about to be a regime change in Iran? Aren’t the nations of the world especially after Netanyahu’s speech going to be outraged? Keep in mnd that President Trump as until May 12, 2018 to determine whether or not the U.S. will continue to support or undermine the nuclear deal with Iran that was confirmed in 2015 that lifted sanctions on Iran. The six nations present in this deal included the United States, the United Kingdom, France, Germany, Russia and China. Is it a coincidence that the Prime Minister Angela Merkel of Germany and Emmanual Macron, President of France just visited Trump in the White House this week! Will the possible preempting Iranian acquisition of nuclear weapons lead to launching strikes into Iran courtesy of Isarel after what Benjamin Netanyahu just revealed?

As the 70th anniversary of Jerusalem approaches (Gregorian calendar), things are about to get very interesting and what was written in the Bible thousands of years ago by the prophets is rapidly coming to pass. (see previous post:

On a final note, where as many Christians see the death of Billy Graham as the possible precursor to the rapture of the church as confirmed by his own daughter:

I have another theory and it is just sheer speculation but I tend to believe it. In my humble opinion, Chuck Missler, one of the most brilliant Bible teachers and a distant mentor to me via Koinonia House,  passed into the Presence of the Lord. He was 83 years old and transitioned peacefully from his residence in New Zealand. I met him in person once but gained much prophectic insight through studying the Bible and many of his teachings pertaining to eschatalogy. I just have a hunch that we will see him as well as the many saints that have gone before us in the presence of the LORD, very, very, very soon.