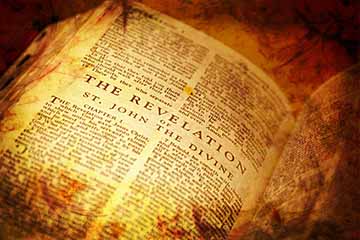 As I write this post, India and Pakistan are both rushing troops, heavy armor and artillery to the flash point Line-of-Control in the formerly princely state of Jammu and Kashmir. The term Line of Control (LoC) refers to the military control line between the Indian and Pakistani controlled parts of the former princely state of Jammu and Kashmir—a line which does not constitute a legally recognized international boundary, but is the de facto border nonetheless. This area has been considered to be one of the most dangerous places in the world. Both Indian and Pakistani Fighter aircraft are literally flying combat air patrols non-stop along their common border and the Jammu Kashmir Line of Control. Most reports have it that India has lost two aircraft and Pakistan one aircraft in hostile actions.

On February 14, 2019, a suicide bomber took the lives oaf at least 40 Indian troops in a convoy traveling through Kashmir. A militant group based in Pakistan called Jaish-e-Mohammed claimed responsibility for the attack. India responded by launching airstrikes against Pakistan— the first in roughly 50 years — and Pakistan has said it shot down two Indian fighter jets and captured one of the pilots.

Both countries possess close to 150 Nuclear weapons EACH! Although nuclear conflict is unlikely, Pakistani leaders have said their military is preparing for “all eventualities.” The country has already assembled its groups responsible for making decisions on nuclear strikes.

A research group at the US National Center for Atmospheric Research, conducted a study in 2014. Their model depicted the aftermath of a Nuclear exchange between India and Pakistan revealing the following:

In one scenario, if each country exchanged 50 weapons, less than a third of its arsenal, with each of those weapons being capable of triggering a Hiroshima-size explosion, or about 15 kilotons’ worth of TNT, the model suggested those explosions would release about 5 million tons of smoke into the air, triggering a decades-long nuclear winter.

Most of this smoke in the scenario the researchers considered would come from firestorms that would tear through buildings, vehicles, fuel depots, vegetation, and more. This smoke would rise through the troposphere (the atmospheric zone closest to the ground), and particles would then be deposited in a higher layer called the stratosphere. From there, tiny black-carbon aerosols could spread around the globe.

The fine black soot in the stratosphere would prevent some sun from reaching the ground. The researchers calculated that average temperatures around the world would drop by about 1.5 degrees Celsius over the five years following the nuclear blasts.

In populated areas of North America, Europe, Asia, and the Middle East, changes could be more extreme. Winters there would be about 2.5 degrees colder and summers between 1 and 4 degrees colder, reducing critical growing seasons by 10 to 40 days. Expanded sea ice would also prolong the cooling process, since ice reflects sunlight away.

The change in ocean temperatures could devastate sea life and fisheries that much of the world relies on for food. Such sudden blows to the food supply and the “ensuing panic” could cause “a global nuclear famine,” according to the study’s authors.

The effects of this nuclear conflict would eliminate 20% to 50% of the ozone layer over populated areas. Surface temperatures would become colder than they’ve been for at least 1,000 years.

This type off an aftermath clearly parallels what the disciple John saw in his apocalyptic visions in the Book of Revelation. What we do know is that during the 7 year Tribulation period, a vast army nearing 200 million troops will march towards the Middle East, killing 2.5 billion of the world’s population, in making war on the Antichrist and his beast empire.

Revelation 9:13-19—And the sixth angel sounded, and I heard a voice from the four horns of the golden altar which is before God,14 Saying to the sixth angel which had the trumpet, Loose the four angels which are bound in the great river Euphrates.15 And the four angels were loosed, which were prepared for an hour, and a day, and a month, and a year, for to slay the third part of men.16 And the number of the army of the horsemen were two hundred thousand thousand: and I heard the number of them.17 And thus I saw the horses in the vision, and them that sat on them, having breastplates of fire, and of jacinth, and brimstone: and the heads of the horses were as the heads of lions; and out of their mouths issued fire and smoke and brimstone.18 By these three was the third part of men killed, by the fire, and by the smoke, and by the brimstone, which issued out of their mouths.19 For their power is in their mouth, and in their tails: for their tails were like unto serpents, and had heads, and with them they do hurt.

India is a nation located in lower Asia. Its population is one that easily exceeds over one billion people. They have a large military, but they also have nuclear weaponry. East of India lies Pakistan. Another country not as large but also with a military and nuclear weaponry.

Historically speaking, we need to remember that India and Pakistan were once one country. Let me also mention here that India is mentioned in the Bible.

It is only mentioned by name twice in the Bible:

Esther 1:1—Now it came to pass in the days of Ahasuerus, (this is Ahasuerus which reigned, from India even unto Ethiopia, over an hundred and seven and twenty provinces:)

With this in mind, the historian Herodotus notes that there were two types of Cushites: curly-haired and straight-haired. He notes that some of the straight-haired Cushites migrated into the area of India (Herodotus 3:94, 7:70). Their hair was the only difference in appearance between them. Josephus makes note of this (Antiquities of the Jews Book 1, Chapter VI).

The same can be said of Put (Smith’s Dictionary of Roman and Greek Geography, “India”). The Bible tells us that the Assyrians even took Ethiopians captive to this area of the world (see Is. 20).

This might explain why the Hindu Kush Mountains are right next to India. There are also other territories carrying the “KSH” sound in them. Kashmir is an important province in India. Cushul is another city in India. As the Cushites migrated to this area, they left their mark.

The word “Put” is routinely used in the Bible for war.

The best warriors in India and even the ruling class for centuries were called the Rajaputs (or Rajput: see 1911 Encyclopedia Britannica “Rajput”). Rajaput means king or ruler of put. When Cush and Put are used together, it actually refers to India.

Also keep in mind that Cush and Put are also mentioned in the prophesied war of Ezekiel 38:

Ezekiel 38:1-5-–And the word of the Lord came unto me, saying,2 Son of man, set thy face against Gog, the land of Magog, the chief prince of Meshech and Tubal, and prophesy against him,3 And say, Thus saith the Lord God; Behold, I am against thee, O Gog, the chief prince of Meshech and Tubal:4 And I will turn thee back, and put hooks into thy jaws, and I will bring thee forth, and all thine army, horses and horsemen, all of them clothed with all sorts of armour, even a great company with bucklers and shields, all of them handling swords:5 Persia, Ethiopia, and Libya with them; all of them with shield and helmet:

Cush and Put are mentioned right beside Iran (identified as Persia). This could perhaps confirm Cush and Put as India. Often when I studied this passage I always found it difficult to see Ethiopa and Libya which are in Africa to be a part of this coalition. Now if what I am alluding to is correct, it immediately intensifies and enhances the scale and scope of the coming war in Ezekiel 38-39!!

There are very few connections between Ethiopia, Libya and Persia, mainly due to distance. The connections between Persia and India are numerous. First of all, India is closer to Persia geographically. These nations have had close economic ties in recent years because Iran is the nearest nation to India that can provide oil and natural gas.

In 2015, India agreed to invest nearly $200 million into the port city of Chabahar in Iran (Pearson). Iran has the highest population of Shia’ Muslims in the world. In 2009, India had the 3rd highest Shia population in the world. India’s immediate neighbor to the northwest is Pakistan, who they have had major issues with over the years.

Pakistan is also a Sunni Muslim nation. This gives Iran another reason to ally with India. Another interesting historical note is that the Persian language was spoken in the royal court of India until the 1800s.

God forbid if there was a nuclear exchange between these two nations, just east of them awaits China, whom many Bible scholars believe may be a part of the Kings of the East. East of Jerusalem.

It goes without saying that the timing of these events are not by surprise. A major Land for peace deal is about to be presented in the Middle East. (see my last post)

Jerusalem has now become center stage and all of the prophetic peaces are rapidly falling into place. Could this current skirmish ultimately pave the way for the Kings of the East to march towards Jerusalem as the time of Jacob’s trouble gets set to commence.