The term “mashiach” literally means “the anointed one,” and refers to the  practice of anointing kings with oil when they took the throne in the Old Testament . The mashiach is the one who will be anointed as king in the End of Days.

The mashiach will be a great political leader descended from King David:

Jeremiah 23:5-– Behold, the days come, saith the Lord, that I will raise unto David a righteous Branch, and a King shall reign and prosper, and shall execute judgment and justice in the earth

The mashiach is often referred to as “mashiach ben David” (mashiach, son of David). He will be very knowledgeable and thoroughly understand  Jewish law, and observant of its commandments:

Isaiah 11:1-5-—And there shall come forth a rod out of the stem of Jesse, and a Branch shall grow out of his roots. 2 And the spirit of the Lord shall rest upon him, the spirit of wisdom and understanding, the spirit of counsel and might, the spirit of knowledge and of the fear of the Lord; 3 And shall make him of quick understanding in the fear of the Lord: and he shall not judge after the sight of his eyes, neither reprove after the hearing of his ears: 4 But with righteousness shall he judge the poor, and reprove with equity for the meek of the earth: and he shall smite the earth: with the rod of his mouth, and with the breath of his lips shall he slay the wicked.5 And righteousness shall be the girdle of his loins, and faithfulness the girdle of his reins.

A rather interesting series of events are unfolding in congruent fashion  New information is new circulating within the Haredi, or ultra-orthodox circles in Israel. 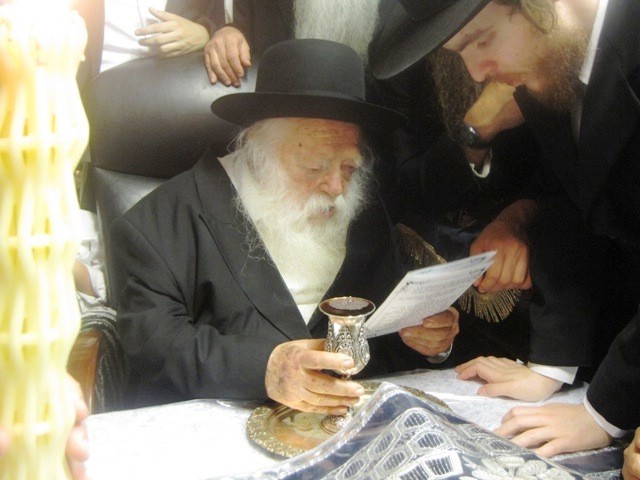 A young Torah scholar from outside of Israel was hosted for the Sabbath a few weeks ago at the house of a follower of Rabbi Kanievsky. The young man visited Kanievsky during the Sabbath. He asked the rabbi if he should apply for Israeli citizenship in order to vote for the Haredi party in the Israeli elections being held on April 9. Here was the Rabbi’s response:

“There is no need,” Rabbi Kanievsky answered. “The  Messiah will already be here before the elections.”

As I mentioned in the previous article,  this Mashiach will be a false Mashiach. We know that Jesus Christ is the Mashiach. Nonetheless, Jews do not believe that Jesus was the mashiach.

According to Jewish belief, Shimeon ben Kosiba, known as Bar Kokhba (son of a star),  was a charismatic, brilliant, and a brutal warrior.Rabbi Akhiba one of the greatest scholars in Jewish history, believed that Bar Kokhba was the mashiach.

Bar Kokhba fought a war against the Roman Empire, catching the Tenth Legion by surprise and retaking Jerusalem. He resumed sacrifices at the site of the Temple and made plans to rebuild the Temple.  (Do not forget this important point). He established a provisional government and began to issue coins in its name. This is what the Jewish people were looking for in a mashiach. However, the Roman Empire crushed his revolt and killed Bar Kokhba. After his death, all acknowledged that he was not the mashiach.

Thus, in their view, Jesus clearly did not do such things and didn’t overthrow the Roman Government and establish the Messianic Kingdom.

What many do not understand is that although Jesus first came as a suffering servant and came to take the penalty of sins and redeem mankind:

Isaiah 53: 1-12–—Who hath believed our report? and to whom is the arm of the Lord revealed? 2 For he shall grow up before him as a tender plant, and as a root out of a dry ground: he hath no form nor comeliness; and when we shall see him, there is no beauty that we should desire him.3 He is despised and rejected of men; a man of sorrows, and acquainted with grief: and we hid as it were our faces from him; he was despised, and we esteemed him not.4 Surely he hath borne our griefs, and carried our sorrows: yet we did esteem him stricken, smitten of God, and afflicted.5 But he was wounded for our transgressions, he was bruised for our iniquities: the chastisement of our peace was upon him; and with his stripes we are healed.6 All we like sheep have gone astray; we have turned every one to his own way; and the Lord hath laid on him the iniquity of us all.7 He was oppressed, and he was afflicted, yet he opened not his mouth: he is brought as a lamb to the slaughter, and as a sheep before her shearers is dumb, so he openeth not his mouth.8 He was taken from prison and from judgment: and who shall declare his generation? for he was cut off out of the land of the living: for the transgression of my people was he stricken.9 And he made his grave with the wicked, and with the rich in his death; because he had done no violence, neither was any deceit in his mouth.10 Yet it pleased the Lord to bruise him; he hath put him to grief: when thou shalt make his soul an offering for sin, he shall see his seed, he shall prolong his days, and the pleasure of the Lord shall prosper in his hand.11 He shall see of the travail of his soul, and shall be satisfied: by his knowledge shall my righteous servant justify many; for he shall bear their iniquities.12 Therefore will I divide him a portion with the great, and he shall divide the spoil with the strong; because he hath poured out his soul unto death: and he was numbered with the transgressors; and he bare the sin of many, and made intercession for the transgressors

He is poised to return and literally fulfill His role as the Meshiach and establish His rule and reign for 1,000 years.

Revelation 19:11-16–—And I saw heaven opened, and behold a white horse; and he that sat upon him was called Faithful and True, and in righteousness he doth judge and make war.12 His eyes were as a flame of fire, and on his head were many crowns; and he had a name written, that no man knew, but he himself.13 And he was clothed with a vesture dipped in blood: and his name is called The Word of God.14 And the armies which were in heaven followed him upon white horses, clothed in fine linen, white and clean.15 And out of his mouth goeth a sharp sword, that with it he should smite the nations: and he shall rule them with a rod of iron: and he treadeth the winepress of the fierceness and wrath of Almighty God.16 And he hath on his vesture and on his thigh a name written, King Of Kings, And Lord Of Lords. 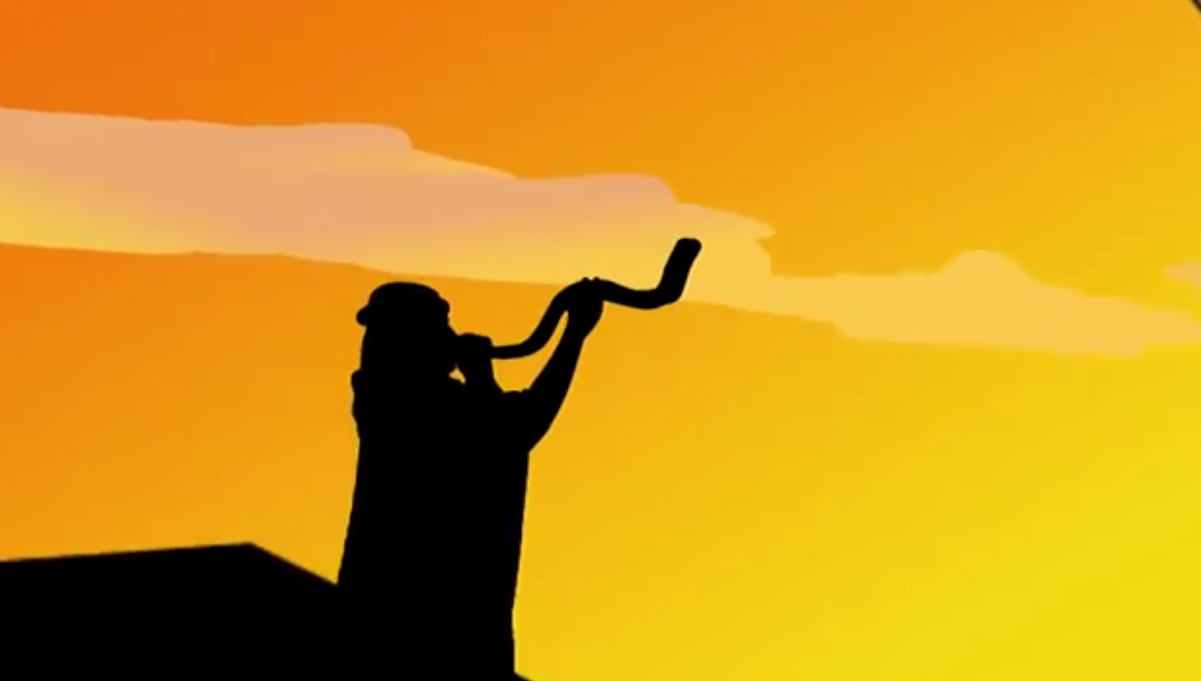 But back to the “other” significant event……….

According to the Jerusalem post the highly anticipated Trump peace plan is scheduled to be released shortly after the April 9, 2019 Israel election:

According to the report, Israel will be called upon to give up control of four sections of Jerusalem that will ultimately serve as the capital of a newly formed Palestinian state.

It has already been reported that the agreement will include total US support for Israel in anything concerning the Iranian nuclear weapons program. The US will also support Israel in the international forum should Israel decide to act directly against Iran.

The US support in will include substantial military aid, including advanced weaponry, should a conflict break out with Syria or Iran, even if the conflict is initiated by Israel.

Israel and Iran are inching closer and closer to an all out war. Remember; it is the false messiah who will “save” Israel and bring a false peace to the world.

Nonetheless, based on the reports above it looks as if the Trump peace plan will include the dividing of Jerusalem and sovereignty for the Palestinians, and may even include a sovereign state whose capital will be in East Jerusalem. The plan will include sovereignty for the Palestinians, which will strengthen them, and even though the report above says that the plan will not likely include  “two state” language. The Palestinians have rejected this idea and are calling on President Trump and the United Nations to grant them Statehood.

Although we do not know the exact details of the Trump peace plan, if the reports are accurate, it will strengthen some of Israel’s enemies, and include the dividing of Jerusalem.

Just how will this Middle East peace be achieved? What will have happened to suddenly change the political landscape in the Middle East and thus open the way to allow the temple to be rebuilt? A new “prince” will have come into power. But who will this man be? And in whose name will he come? Will he turn out to be the peacemaker or power broker spoken of by the prophet Daniel? Shall we come face to face with the long awaited peacemaker of Daniel 9:27:

Daniel 9:27–And he shall confirm the covenant with many for one week: and in the midst of the week he shall cause the sacrifice and the oblation to cease, and for the overspreading of abominations he shall make it desolate, even until the consummation, and that determined shall be poured upon the desolate.

Remember I mentioned earlier that Bar Kokhba, who was perceived to be the Messiah until the Romans usurped him, resumed sacrifices at the site of the Temple and made plans to rebuild the Temple. And Rabbi Kanievsky’s statement that the Messiah will be known come April 2019 after the Israeli elections are done which coincides with the possible timing of the announcement of the Deal of the century, the Trump Peace Plan.

Regardless of the outcome, this peace plan initiative is another sign that the major events of the end times are very near.

0 thoughts on “Deal of the Century”